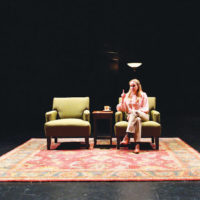 Emily Cass McDonnell knows The Thin Place works because of magic. She stars as Hilda in the Playwrights Horizons debut of Lucas Hnath’s play which opens this week, but she’s been with the production since the first readings. Last spring, The Thin Place had its premiere at the 43rd Humana Festival of New Plays at Actors Theater in Louisville. That’s when McDonnell … END_OF_DOCUMENT_TOKEN_TO_BE_REPLACED

Margy is an advocate for creating community through the arts. She is a Senior Fellow at Topos Partnership (a national strategic communications organization), founder and Serendipity Director of Art … END_OF_DOCUMENT_TOKEN_TO_BE_REPLACED

The Bright Ride is an actual event that I dreamed up and organized with friends. People decorate their bikes (and themselves) with lights and other things that sparkle and glow, and ride … END_OF_DOCUMENT_TOKEN_TO_BE_REPLACED