You are here: Home / Archives for Philip 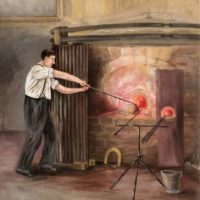 To gild refined gold, to paint the lily, to throw a perfume on the violet..."William Shakespeare: King John Electronica artist Max Cooper and I launch a new project this spring, a collaboration called “Glassforms.” It’s a commission from the Philharmonie de Paris and we will play it as part of their Philip Glass weekend in May. Shows follow in London, Barcelona, and Bordeaux.  We overlay electronic sounds — onto … END_OF_DOCUMENT_TOKEN_TO_BE_REPLACED 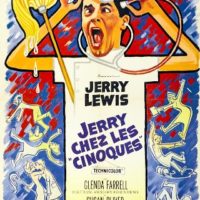 When I tell a U.S. colleague about several concerts I'm playing in France he says: "You're Jerry Lewis!" The French, it's true, have a long tradition of appreciating U.S culture, and yes, that silly American comedian/auteur was highly venerated in France, perhaps more so than in the U.S. The French public have had a great love of jazz from America, and American movies. Earlier, there was a taste for ragtime, and minstrelsy. Today, American-style … END_OF_DOCUMENT_TOKEN_TO_BE_REPLACED 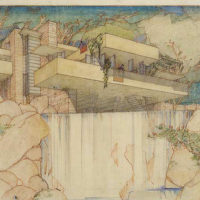 The character of a piece of music is strongly influenced (or sometimes distorted) by the technique necessary to play it. The physical motions of fingers and arm will color the music being made. There is always an interaction between a musical idea (perhaps written) and the movements of a human body that are necessary to realize the idea in sound. Delicate or fragile music that requires advanced virtuosity is especially challenging. As is any … END_OF_DOCUMENT_TOKEN_TO_BE_REPLACED 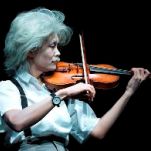 It can happen, in the laboratory of the concert -- you notice things, discovery occurs. Suddenly, sometimes surprisingly, associations are made, even in music long-practiced. During the summer in France, I performed my solo piano transcription of "Knee Play 4" from Philip Glass's Einstein on the Beach. And, in an auxiliary channel of thought -- aside from the monitoring of my playing, aside from giving the performance -- I made … END_OF_DOCUMENT_TOKEN_TO_BE_REPLACED

If they throw stones upon the roof While you practice arpeggios, It is because they carry down the stairs A body in rags. Be seated at the piano. ... Wallace Stevens: "Mozart, 1935" I ask many young pianists to play un-measured preludes by French composers Louis Couperin, Gaspard Le Roux, or Rameau. These are written pieces in which pitches are specified but rhythm is not. I offer no instruction, no advice. Louis Couperin: Prelude You … END_OF_DOCUMENT_TOKEN_TO_BE_REPLACED 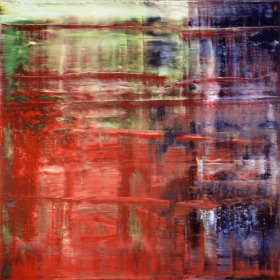 "Richard told me." Or, "Martha thinks so." The inspeak of the classical music anointed? A mark of self-importance, of access, or just an acknowledgement of exactly how the celebrated wish to be addressed? Unusual names can serve more easily. "Just ask La Monte." And beyond, "Milton thought so," there are histories and associations. Alexis Weissenberg would be "Siggy” Weissenberg. For some, Susan Wadsworth remained "Susan Popkin." And … END_OF_DOCUMENT_TOKEN_TO_BE_REPLACED

It's hard to remember musical life before the Poisson Rouge. Four years ago this summer, I started playing and hearing music at the club (the former Village Gate). It's not overstatement to say that LPR has reflected, and also played a role in big changes in American musical life. The range of people who stop by is crazy. After I played in a performance of the Quartet for the End of Time, Nico Muhly's mother introduced herself. One night it was … END_OF_DOCUMENT_TOKEN_TO_BE_REPLACED 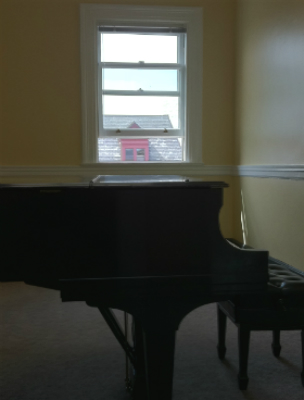 During some days in late summer, I practiced Beethoven's Fourth Concerto. I'm sure the windows were open. My Juilliard piano teacher, Jacob Lateiner lived on 84th Street, just around the block. I mentioned I was learning Beethoven's Fourth Concerto. "I know," he said. Pianists are prone to be overheard. The piano can be a loud instrument. Living in close proximity to others, in a New York City apartment, or a suburban house -- practicing is not … END_OF_DOCUMENT_TOKEN_TO_BE_REPLACED 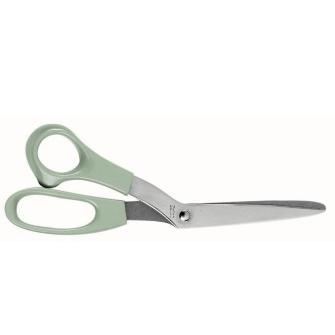 I'm printing slightly enlarged versions of the pages of a score by Philip Glass that I will play at the LPR Glass-birthday event later this month. The physical resizing, repaginating, and relineating of written music sometimes makes practicing and performing easier. For a long time, this work was accomplished with photocopying, scissors, or paper cutter, and adhesive tape. The pianist Judith Gordon called it "arts and crafts." Some outsized … END_OF_DOCUMENT_TOKEN_TO_BE_REPLACED 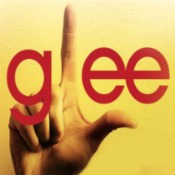 A recording I made of Philip Glass's Metamorphosis One became the basis for a YouTube video. I never met the YouTuber who posted it, though he emailed me and asked permission. I could only tell him the rights belong to the record label, not me. It's a spare video. (There's a single image of a lake.) This music is featured in the cult-fav TV show Battlestar Galactica. And a lot of BSG fans find the video. The music's also used in NPR's This … END_OF_DOCUMENT_TOKEN_TO_BE_REPLACED 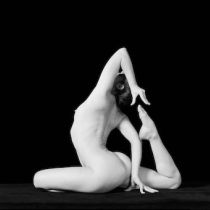 I perform a piece with Butoh artist Maureen Fleming in which I play Philip Glass's Etude No. 5. The performance includes a video of Maureen moving, projected larger-than-life-size on a scrim. Behind the scrim, Maureen performs live. In front of the scrim, onstage, I sit at a piano and play the etude. Maureen made the video first. She started improvising movements and shooting video, with careful, subtle lighting. The movements are slow … END_OF_DOCUMENT_TOKEN_TO_BE_REPLACED 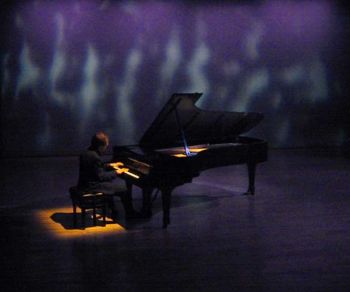 Tim Page suggested I play some music by Philip Glass. It was a solo piano arrangement of part of the opera Satyagraha -- Gandhi's final, Act 3 aria. Tim wanted this music for a solo piano CD we were making for BMG's Catalyst label. The arrangement wasn't easy. According to Tim, the pianist Rudolf Firkusny had struggled with it, and given up -- Firkusny thought it was too hard to play! Though the Catalyst recording was never made (some details … END_OF_DOCUMENT_TOKEN_TO_BE_REPLACED

Sometimes a piece of music is "withdrawn" from a composer's catalog. Music that was composed, published, and available is taken back -- rescinded. You can't get it anymore. Usually, the composer has thought better of it: the music doesn't hold up now, the composer's style has changed a lot, it's an early piece that just doesn't seem good enough for public display... All of Philip Glass's early non-tonal music is unavailable now. I play(ed) a … END_OF_DOCUMENT_TOKEN_TO_BE_REPLACED

In Cleveland, at the Ohio Theatre, they told me Philip Glass just recently played there on the piano I was using. The next pianist coming soon is Krystian Zimerman. This sort of thing makes you feel humble. And it occurred to me -- that might even be about where my playing is artistically (?), pianistically (!), or aesthetically, somewhere in between Glass and Zimerman... … END_OF_DOCUMENT_TOKEN_TO_BE_REPLACED

Music is changing. Society's changing. Pianists, and piano music, and piano playing are changing too. That's PianoMorphosis. But we're not only reacting... From the piano -- at the piano, around the piano -- we are agents of change. We affect … END_OF_DOCUMENT_TOKEN_TO_BE_REPLACED