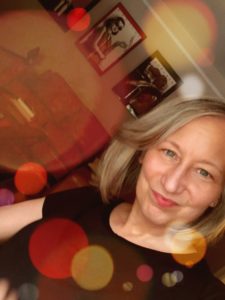 A professional writer, speaker, facilitator, researcher, lecturer, and advisor on a range of arts and culture topics since 2010, Diane Ragsdale currently serves as Director of the Cultural Leadership Program at Banff Centre for Arts & Creativity. Diane is also adjunct faculty at Yale University, where she teaches a workshop on Aesthetic Values in a Changed Cultural Context for its Theater Management MFA and a doctoral candidate at Erasmus University Rotterdam (in the Netherlands), where she lectured 2011-2015 in the cultural economics and sociology of the arts programs. Over the past 15 years, Diane has given nearly 80 keynote addresses, lectures, or presentations at universities, arts conferences, and symposia around the world.

From 2017-2020 Diane was an assistant professor at The New School (TNS) in Manhattan, where she successfully launched, built, and directed a one-of-a-kind MA in Arts Management and Entrepreneurship for performance-based artists. While at TNS she also designed, secured funding for, and launched a new graduate minor in Creative Community Development focused on the role of artists in building healthier, more equitable and more sustainable communities.

From 2004-2010, Diane was a program officer for theater and dance at The Andrew W. Mellon Foundation in NYC; and, before that, she served as managing director of the contemporary performing arts center, On the Boards (Seattle) and executive director of an eclectic music festival located in the beautiful arts town, Sandpoint, located in North Idaho. She also held part-time stints at a handful of other US music, arts, and film festivals (Sundance, Seattle International Film Festival, WOMAD USA, and Bumbershoot). Early in her career Diane trained and worked as a theatermaker.

Diane has contributed articles to several publications, including: “On Entrepreneurship and Publicness (Or, Whose Theatre is it, Really?)” for the Winter 2017 issue of Artivate; “Recreating Fine Arts Institutions,” which was published in the fall 2009 issue of the Stanford Social Innovation Review; and “Rethinking Cultural Philanthropy,” which was commissioned and published in 2011 by the Royal Society for the Encouragement of the Arts (the RSA). She has contributed essays to a few books including: “To What End Permanence,” for the recently published book A Moment on the Clock of the World (Haymarket 2019); “Creative Destruction” in Counting New Beans: Intrinsic Impact and the Value of Art (edited by Clayton Lord and published by Theatre Bay Area in 2012); “Producer-Consumer Engagement: The Lessons of Slow Food for the Reflective Arts” in Building Communities, Not Audiences (by Doug Borwick 2012); and “Post-Show” for the forthcoming (2021) Routledge Companion to Audiences and the Performing Arts.

She has served on the editorial board of Artivate: A Journal of Entrepreneurship in the Arts since 2011; has served on various committees for the online platform and journal HowlRound, including its present advisory board; and is a board member for Anne Bogart’s SITI Company and Marty Pottenger’s Art At Work.

Diane’s doctoral research centers on the relationship between nonprofit resident professional theaters in America and Broadway (the commercial theater center in the US), and how this relationship has evolved since the mid-twentieth century. (Those interested in this topic may want to read her 2011 HowlRound publication, In the Intersection: Partnerships in the New Play Sector, a report on a meeting of nonprofit and commercial theater producers).

Diane lectured at the New School on the cultural and creative industries and taught the course The Entrepreneurial Incubator, through which students designed their capstone experiences (independently produced projects that demonstrate their skills as socially engaged artist-entrepreneurs). Diane also lectured extensively at Erasmus University, on such topics as the creative economy & creative organizations, arts management, and the organization of art and culture. In 2015 she was visiting guest artist/lecturer at the University of Wisconsin-Madison, under the aegis of the Business School, where she designed and taught an experimental course on aesthetics and business (called Approaching Beauty: Aesthetic Development in Work and Life). You can read about this course on Jumper. She has carried on this work on the relationship between aesthetics, economics, and ethics in both her doctoral research and in her current work in cultural leadership.

Diane holds an MFA in Acting & Directing from University of Missouri Kansas City, as well as a BS in Psychology and BFA in Theater from Tulane University in New Orleans.  In 2002, she attended the inaugural Executive Program for Nonprofit Leaders at Stanford University’s Graduate School of Business (a program of National Art Strategies). In the past decade she has attended three Salzburg Global Seminars–twice as a participant, and once as a speaker; and has participated in a week-long training/residency program with the organization Common Cause. In 2019 she completed the week-long Banff Centre leadership intensive Truth and Reconciliation Through Right Relations; was a participant in Patti Digh’s course Hard Conversations: Racism; and received a certificate of completion for a 40-hour course in Mediation and Creative Conflict Resolution with the Center for Understanding in Conflict.

Diane is married to Dutchman Jaap Boter, a scholar with posts at the University of Amsterdam and the VU Amsterdam.  She has dual citizenship and divides her time between the US and the Netherlands.

About 20 years ago, when I was in graduate school, I came across the following poem: When an old pond gets a new frog it’s a new pond. I think the inverse also may be true. I’ve often been the new frog jumping into an old pond. Since 1988, I’ve worked in the arts in the US in various roles … END_OF_DOCUMENT_TOKEN_TO_BE_REPLACED

Last week I had the privilege, pleasure, and honor to give the keynote address at the Canadian Arts Summit--an annual gathering of the board chairs, … END_OF_DOCUMENT_TOKEN_TO_BE_REPLACED

A couple weeks back the Irvine Foundation launched an online Q&A series, Are We Doing Enough?—aimed at “exploring tough questions about engagement … END_OF_DOCUMENT_TOKEN_TO_BE_REPLACED

Recently, I received an email from a student at the School of the Art Institute of Chicago, preparing for a seminar on Arts Organizations in Society. … END_OF_DOCUMENT_TOKEN_TO_BE_REPLACED

In May, I gave a talk at the Pave Biennial Symposium on Arts & Entrepreneurship at Arizona State University. The theme of this year's conference … END_OF_DOCUMENT_TOKEN_TO_BE_REPLACED