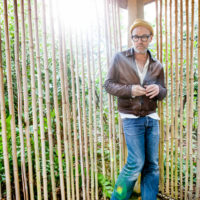 [contextly_auto_sidebar] ONE of the first things I saw when I moved to Athens, GA, two years ago was a gallery -- okay it was the landing of a rock club, the Georgia Theatre -- devoted to large, beautifully produced photographs by a guy named Jason Thrasher. Plenty of Athens musical heroes -- R.E.M.'s Michael Stipe, for example, and members of the Elephant 6 bands -- were here, as well as … END_OF_DOCUMENT_TOKEN_TO_BE_REPLACED

Here is some information on my book, which Yale University Press published in 2015. (Buy it from Powell's, here.) Some advance praise: With coolness and equanimity, Scott Timberg tells what in less-skilled hands could have been an overwrought horror story: the end of culture as we have known … END_OF_DOCUMENT_TOKEN_TO_BE_REPLACED