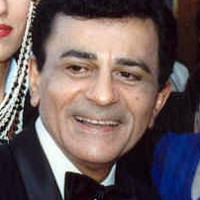 [contextly_auto_sidebar id="plD2J41Igr64VnQSKm3MiH74DQcHRIgZ"] IS it possible to hate Casey Kasem? Probably not. His show was a lot of fun, and he was the voice of Shaggy. But his death is being received in an odd way that's unfair to him and wrong about the way culture, popularity and economics work. In short, he's being drafted into a war in which he never fought. My new story in Salon … END_OF_DOCUMENT_TOKEN_TO_BE_REPLACED

Here is some information on my book, which Yale University Press published in 2015. (Buy it from Powell's, here.) Some advance praise: With coolness and equanimity, Scott Timberg tells what in less-skilled hands could have been an overwrought horror story: the end of culture as we have known … END_OF_DOCUMENT_TOKEN_TO_BE_REPLACED