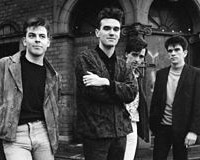 [contextly_auto_sidebar id="seaquox9ilXMg837yigc8XqAWK7RXXeJ"] COLLEGE radio did an enormous amount to power the indie- and alt-rock movements, as well as to create havens on campuses. But is it now being crushed? That's the argument behind a Salon story timed to the loss of music programming at Georgia State's WRAS in Atlanta, as "GSU announced an agreement to hand over WRAS’s 100,000 watt … END_OF_DOCUMENT_TOKEN_TO_BE_REPLACED

Here is some information on my book, which Yale University Press published in 2015. (Buy it from Powell's, here.) Some advance praise: With coolness and equanimity, Scott Timberg tells what in less-skilled hands could have been an overwrought horror story: the end of culture as we have known … END_OF_DOCUMENT_TOKEN_TO_BE_REPLACED