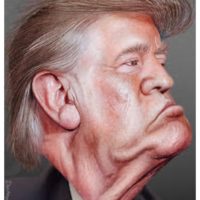 President Twitter Fingers had the Center for Disease Control send a mailer to promote himself of course. It showed up in my mailbox yesterday touting his “coronavirus guidelines for America.” But we know what he really means. The caricature is by Donkey Hotey.

This 13-second video has been making the rounds. I nearly fell down laughing.

A friend writes from Scotland: “As to Zen arse-wipes.  While I was up in a Zen temple in the mountains around Takayama, it fell to me to be the one who had to clean the shit off the wooden slipway that carried the fecal prayers of monks into a dark and forbidding hole (not unlike […]

A friend writes: “At the clinic some of the people asked after me, and the doc said, ‘Well his routine hasn’t altered one minute. Or one millimeter.’ All of them in stitches—and of course it is true. I have been in self-isolation since age 15— so lots of fun seeing the rest deal with it. […]

. . . here’s a tune to calm the nerves. It’s called “My Fate Is in Your Hands,” composed by Fats Waller and played by Dick Hyman. An anecdote goes with it. But first the tune. 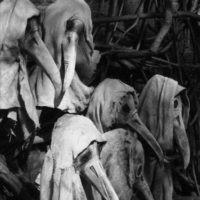 President Twitter Fingers and his cabinet officials. Questions have come in asking if those beak masks are real or a made-up joke. The answer is they are real. The headline and caption are the joke of course. 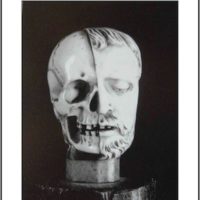 “And I told you: no works of art, no language, no words, no thought, nothing. Nothing except a sort of incomprehensible and totally erect stance in the midst of everything in the mind. And don’t expect me to tell you what all this is called, and how many parts it can be divided into; don’t expect me to tell you its weight; or to get back in step and start discussing all this so that I may, without even realizing it, start THINKING.” 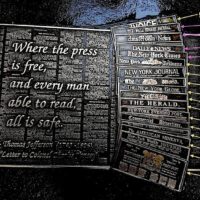 ‘Would that it were so.’ — Straight Up | Staff of Thousands 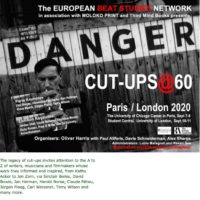 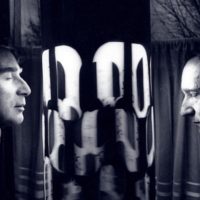 ‘Brion Gysin Let the Mice In’ is a key collaborative work. it represents those late 1950s to early 1960s years when Beat writing met European experimentalism. The most sophisticated intelligence of the Beat Generation was permanently affect.

Gysin is a lucid and witty writer. He gives glimpses of Burroughs at the moment when ‘Naked Lunch’ was being edited for Olympia Press — as he “ranted through the gargantuan roles of Doc Benway, A.J., Clem & Jody,” or as a drug addict, “through the shadows from one pharmacia to another, hugging a bottle of paregoric … his raincoat glinting like the underbelly of a shark.” 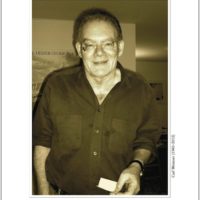 Cold Turkey Press has printed a card of this photo and poem in a limited edition. 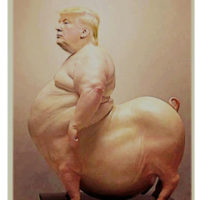 An insult to pigs . . . and a liar to the marrow of his bones. “The Republican Party has become the most dangerous organization in world history.” — Noam Chomsky 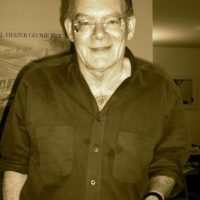 There are things / closer than rain / that keep hope alive— /
tenement flowers / seasoned with heartbreak, / chattering weeds / mixed with strange lies— / things that may not be / more brilliant / than a ​wine-stained shirt / and crow’s-feet eyes. / ​But they will do … 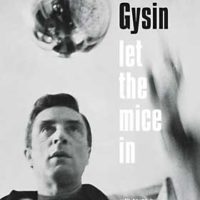 Whatever the blowhard president of Trumpistan says in his official proclamation to honor Martin Luther King Jr., rest assured it is phony to the last pixel and not worth the time to read it. (To save you the trouble, here’s a sample: “My Administration works each day to ensure that all Americans have every opportunity to realize a better life for themselves and their families regardless of race, class, gender, or any other barriers that have arbitrarily stood in their way.”) And for the record let’s not forget that when King made his historic “I have a dream” speech from the steps of the Lincoln Memorial in 1963, it was hardly noticed by the nation’s most widely circulated newspapers. Have a look at King delivering that speech and be reminded of what they missed. 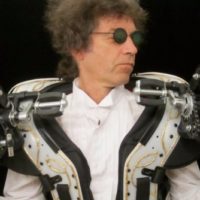 “I dreamt I could play the bicycle. This performance artwork plays with a number of themes, not the least of which is the continual contemporary pressure to present oneself as larger-than-life, in the hope that one might be noticed in a distracted culture. Of course the work also revels in those distractions.” — Kurt Wold 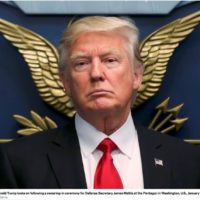 The agenda is just what it says: news of arts, media & culture delivered with attitude. Or as Rock Hudson once said in a movie: "Man is the only … END_OF_DOCUMENT_TOKEN_TO_BE_REPLACED

My biography of the Hollywood director William Wyler, A Talent for Trouble, is available as an ebook at Amazon and an ebook on iTunes at the Apple … END_OF_DOCUMENT_TOKEN_TO_BE_REPLACED

We're cutting down on spam. Please fill in this form. … END_OF_DOCUMENT_TOKEN_TO_BE_REPLACED