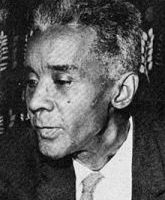 The word went around a few years ago that someone in England was working on a documentary about the West Indian historian, revolutionary political theorist and pan-African eminence C. L. R. James (1901-1989). Like the long-promised dramatic film based on The Black Jacobins, James's book on the Haitian revolution, this seemed to me an excellent idea -- and, like it, probably doomed. … END_OF_DOCUMENT_TOKEN_TO_BE_REPLACED 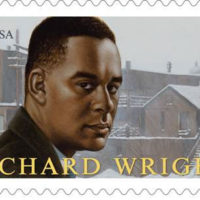 The following review by George Breitman -- who among other things wrote and edited a number of books about Malcolm X -- appeared in August 1977 issue of the Socialist Workers Party journal International Socialist Review, which is now defunct. I post it here, under fair use, as a service to other scholars sharing my interest in Wright and the history of the American left. (The neglect of Breitman … END_OF_DOCUMENT_TOKEN_TO_BE_REPLACED

Quick Study is a scrapbook of clippings and notes on cultural, political, and ludic matters. It is written, assembled, curated, and otherwise promulgated by Scott McLemee with the generous support of ArtsJournal. … END_OF_DOCUMENT_TOKEN_TO_BE_REPLACED