You are here: Home / Archives for musicals 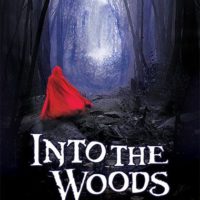 Our twitter poll asking for people’s favourite genre saw an overwhelming vote for musicals. Cheer was needed. As it was also Stephen Sondheim’s 90th birthday, we went for Into the Woods (Sweeney Todd: too cannibalistic. A Little Night Music: too inept). As an added treat, Matthew Xia, who had directed a very different production at the Royal Exchange, Manchester, recorded a very tender … END_OF_DOCUMENT_TOKEN_TO_BE_REPLACED

For a show that might reshape the musical for the 21st century, there’s an awful lot of paper in Hamilton. The stage is a flurry of letters, ledgers, leaves and broadsides – it’s almost antiquated. Hamilton has sui generis swagger and the sound of something new, but it’s a story about what is written, what is read. It’s a show built on pen scratching furiously over paper. In 2009, Lin-Manuel … END_OF_DOCUMENT_TOKEN_TO_BE_REPLACED 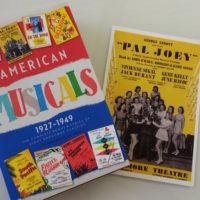 Book trouble – it’s the curse of the musical. One of my most slaveringly anticipated shows of the past winter was David Bowie’s Lazarus, but the book by Enda Walsh was an embarrassment of portent, messily motivated and thumpingly framed. Similarly, some of the zippiest musical choreography I saw this year was in the retooled Half A Sixpence, but the rancidly snobbish book by Julian Fellowes made … END_OF_DOCUMENT_TOKEN_TO_BE_REPLACED 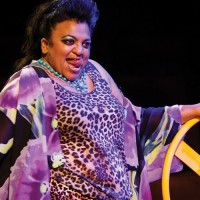 The Beggar's Opera and Dead Dog in a Suitcase The world has grown old. There are no new stories, no new songs. We stick to what we know. Comfort-binge legends of sweet romance and poetic justice. Inarguable hard truths of self-serving cruelty. This is the genius of John Gay’s Beggar’s Opera, and of Dead Dog in a Suitcase, the inspired new version by theatre company Kneehigh. Gay, writing … END_OF_DOCUMENT_TOKEN_TO_BE_REPLACED

This is what theatre and dance audiences do: we sit in the dark, watching performances. And then, if it seems worth it, we think about what we've seen, and how it made us feel. The blog should be a conversation, so please comment on the posts and add your thoughts. You know what I've always … END_OF_DOCUMENT_TOKEN_TO_BE_REPLACED