You are here: Home / Archives for Language 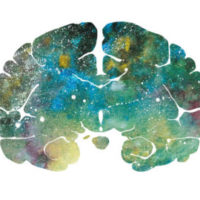 The way we live our lives is based on memories and stories that we tell each other as part of our day‑to‑day interactions. And the way memories and stories are made is a complicated, highly personal process sparked from experiences, from learning, and from the artifice that surrounds us. Experiences of arts and culture play a fundamental role in the way a person is, and functions, and is part of a community. This reality stretches across the spectrum from the neurological to the biological, from … END_OF_DOCUMENT_TOKEN_TO_BE_REPLACED 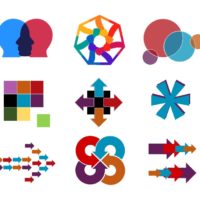 This text is adapted from a speech I gave a week after the 2016 elections to a gathering of arts and business leaders at the Creative Industry Luncheon 2016 in San Antonio, TX. "This is the time when artists go to work. We speak, we write, we do language. This is how civilizations heal." This is a quote from Toni Morrison. It has stuck with me. This is our power, and it is immense. But what will we do with it? Since the election, a week ago, I have been in three different cities. I go from … END_OF_DOCUMENT_TOKEN_TO_BE_REPLACED

In September, in advance of an Americans for the Arts training at the Sundance resort in Utah, I visited Salt Lake City for the first time and met with Caryn Bradshaw of Visit Salt Lake and Karen Krieger from the Salt Lake City Arts Council.  We toured the city a bit, and what we saw forced me to confront a bias that I didn’t realize I was harboring—I thought that Mormons must be anti-art. My relationship to the Mormon Church is at once one of long distance and of great personal … END_OF_DOCUMENT_TOKEN_TO_BE_REPLACED 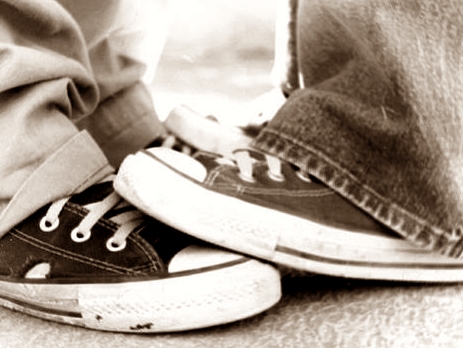 A week or so ago, I was in a cab from Chicago O’Hare into the city to speak at the National Alliance of Musical Theatre conference.  The traffic was heavy and the cabbie was chatty, and at one point he ended up asking me whether I was married, and I said yes.  He then, logically but erroneously, assumed that I was married to a woman, and with that assumption he then carried on the conversation, asking me first just generally what she did and whether she minded me traveling so much, and then—as … END_OF_DOCUMENT_TOKEN_TO_BE_REPLACED

In a comment on my post from last week about framing, John Carnwath honed in on a comment I sort of tossed off about the threat to the charitable deduction posed by the fiscal cliff.  Take a look at his comment, which is very well laid out—he notes that while the tax deduction for charitable giving is surely and important driver for the arts, he’s not convinced that, given the topic of the post, a frame that suggests favoring the wealthy with a “tax break” is the best idea.  He notes that, … END_OF_DOCUMENT_TOKEN_TO_BE_REPLACED 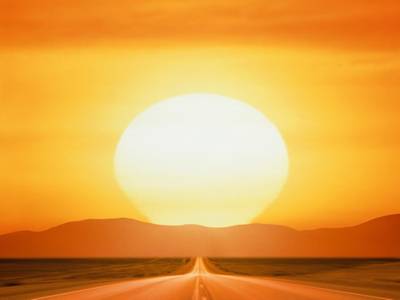 On his way out the door, Rocco Landesman lobbed one final, wonderful bomb out there in a conversation with his counterpart in France (who, by the way, receives $9 billion-with-a-B in annual funding whereas the NEA has about $150 million).  He was speaking at the World Arts Forum, and spoke about a “fundamental, visceral distrust of the arts” by the American public.  He called the NEA funding level “pathetic,” and who can disagree, and his blunt honesty about what he called the arts’ “cowboy … END_OF_DOCUMENT_TOKEN_TO_BE_REPLACED 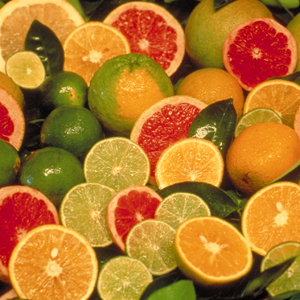 As I head to TCG to moderate a panel with Diane Ragsdale, Diane Paulus and Chad Bauman on how to better integrate art and artists into a conversation about audience engagement, I feel a little like I'm walking into the set up for a joke and I don't know the end of it.  "An arts marketer and advocate walks into a bar full of artists and says, 'Maybe art is really a means to an end...'"  Then what? I've been thinking about this shift, from a mindset where the making of art is the center of the … END_OF_DOCUMENT_TOKEN_TO_BE_REPLACED 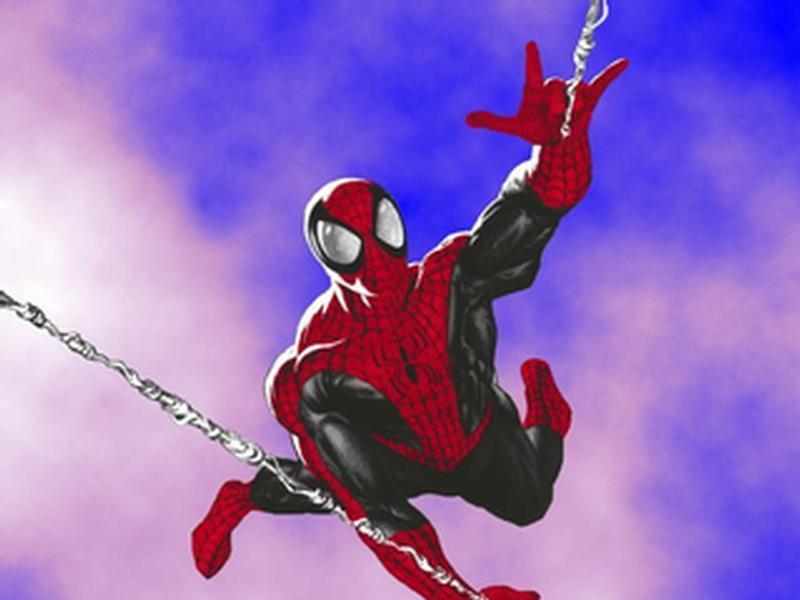 I have had some trouble getting up the energy to be upset about the Mike Daisey problem otherwise known as #DaiseyGate.  This became obvious to me as I sat at lunch at one of my stops on the Counting New Beans tour with a bunch of mid-twenties junior staffers at major theatres and heard them rail against Daisey and his lying lies, voicing the betrayal they felt as staffers who are sometimes put in the position of lying to an audience, either knowingly or unknowingly, in the service of the art … END_OF_DOCUMENT_TOKEN_TO_BE_REPLACED

Nakotah Larance in Totem, photo by Greg Horn.In the late 1800's, William Cody, more popularly known as Buffalo Bill, toured the United States and Europe with Buffalo Bill's Wild West, a production that featured sharpshooters, re-enactments of Indian attacks (it was said to have ended with a presentation of Custer's Last Stand) and, later (when the title was appended to include "and Congress of Rough Riders of the World"), feats of derring-do from people from the Middle East, Mongolia, Central … END_OF_DOCUMENT_TOKEN_TO_BE_REPLACED 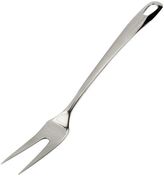 Diane Ragsdale and Devon Smith have written tandem arguments about the difference and relative laxness of arts incubators over technology incubators. I won’t go into all that they’ve said, as you should be reading their blogs anyway, but in sum it comes down to an argument that arts incubators, rather than adopting the put up or shut up attitude of tech incubators, whose average support time is 33 months and at the end of which they let you fly or fall on your own, instead adopt a system that … END_OF_DOCUMENT_TOKEN_TO_BE_REPLACED 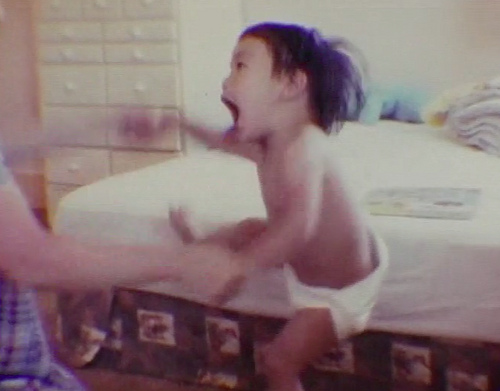 "Dancing With Mom" by Nagu Tron from Flickr. Used under Creative Commons license.On Thursday of last week I finally caught up on all my blog reading, including Chad Bauman’s recent post on reconnecting with the art he was marketing by actually getting in and seeing a show.  I can relate to that feeling of drain, of forgetting the value of what we are doing (and what we’re doing it for) sometimes.  Especially with a new baby at home, and commuting 75 minutes each way to work each day, I find it … END_OF_DOCUMENT_TOKEN_TO_BE_REPLACED

Where does the meaning of a piece of work live?  When does its particular resonance take shape?  When a playwright puts words down on paper and submits them to be produced, is there something already inherent in those words that form the shape of the meaning?  Or is the true shape of that meaning created by a director, whose particular eye and concept elevate the words from the page to the proscenium? This is not, it turns out, just an esoteric conversation.  As we move into an age … END_OF_DOCUMENT_TOKEN_TO_BE_REPLACED

Last fall, I was walking with a friend on the expansive brilliantly white patio outside the Kennedy Center in Washington, DC.  It was a hot day, and when my friend needed to take a call, I snuck out of the sun to stand under the large flat roof of the building in the shade, next to the cool marble walls.  The building is huge, a true monolith, and as I was looking up at the architecture, one of the many quotes they have engraved on the Kennedy Center’s walls caught my eye: “This country … END_OF_DOCUMENT_TOKEN_TO_BE_REPLACED

This past Saturday, I took a drive through a ferocious, and unseasonably late, rainstorm to the house of an eleven-year-old theatregoer named Sydni.  I was interviewing Sydni and her mother, Sarah, as part of the research into the intrinsic impact of art that we are conducting/commissioning at Theatre Bay Area, in this case video interviews with a small group of everyday theatre patrons to understand why they go to theatre, why they value it, and what it means to them.  We were videotaping … END_OF_DOCUMENT_TOKEN_TO_BE_REPLACED

What is actually neurologically involved in communication? What does it take for a speaker to convey something to a listener, and what does it take for that listen to both comprehend what's being said and remember it? In a paper published in August 2010 in the scientific journal Proceedings of the National Academy of Science (PNAS) called (dryly) "Speaker-listener neural coupling underlikes successful communication," three researchers from Princeton University detail an experiment that … END_OF_DOCUMENT_TOKEN_TO_BE_REPLACED 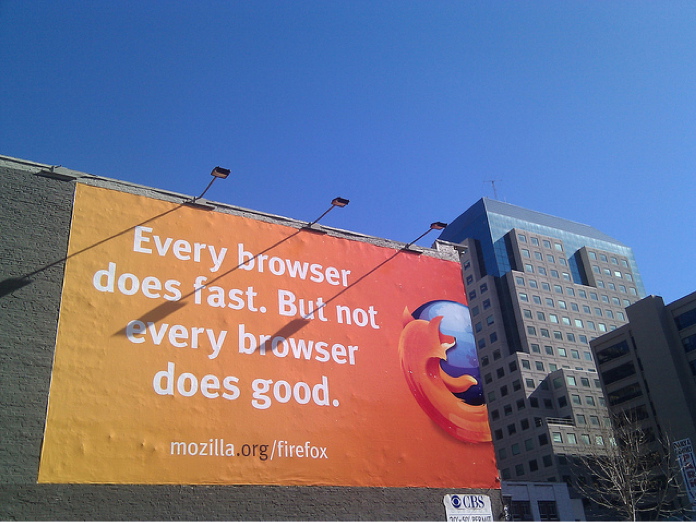 San Francisco is big on non-profit alternatives. I know this because we’ve done some asking around (and looking at other research) as we attempt a brand realignment on our TIX Bay Area discounted ticketing service. It turns out that, all other things being equal (a big caveat), a good percentage of Bay Area consumers will opt for a socially-helpful version of a service over a straight-up corporate one. As such, we will be touting the fact that we’re the only non-profit ticketing vendor in the … END_OF_DOCUMENT_TOKEN_TO_BE_REPLACED

I believe that art makes better humans, but that that can only happen when the line from art to audience is as taut, clean and consistent as possible.  The interplay between artmakers and audience members is central to what we do and vital to the success of the enterprise.  That crackle across the wire, that static in the air at a live event, is good.  It makes your ears hum, your hair stand on end--it's what connects people in a room behind and in front of the fourth wall.  As Tom … END_OF_DOCUMENT_TOKEN_TO_BE_REPLACED