You are here: Home / Archives for Chloe Veltman 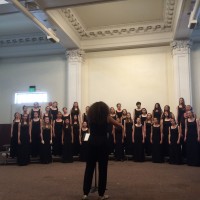 I've been enjoying getting back into the swing of things in the Bay Area by letting serendipity lead some of my arts-going choices. Sometimes this works out great, such as my visit to see the Imaginists in Santa Rosa the weekend before last. Other times, it's been a little blah. This weekend's round of musical events generally fit this category. You win some, you lose some is the way it goes. At the Freight & Salvage in Berkeley on Friday night, a-list fiddle players Mark O'Connor and his wife Maggie gave a technically virtuostic … END_OF_DOCUMENT_TOKEN_TO_BE_REPLACED 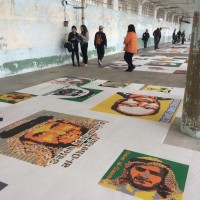 The exhibition of sound and visual art installations by the celebrated Chinese artist and dissident Ai Weiwei is coming to an end this Sunday after many months on display on Alcatraz Island. My visit to see @Large: Ai Weiwei on Alcatraz less than a week before its closing a couple of days ago got me wondering about the impact of the exhibition. After all, the artist was "handed" one of the world's most famous prisons as a canvas for activism through art in the wake of his own internationally-decried incarceration for speaking out against … END_OF_DOCUMENT_TOKEN_TO_BE_REPLACED 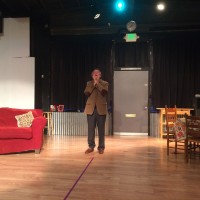 My theater critic friend, R, took me on a road trip to Santa Rosa at the weekend. I had no idea what I was in for, beyond the fact that we'd be seeing a show that Rob was very excited about. So excited, in fact, that he'd spent much of every exchange we'd had in the preceding week telling me that if there was one thing I should see in Bay Area theater right now, it was this. Now, to fully understand what R was saying, you have to know that these days he's quite down on the Bay Area theater scene. Pretty much all straight drama being produced … END_OF_DOCUMENT_TOKEN_TO_BE_REPLACED 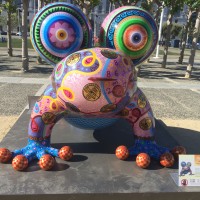 In San Francisco's Civic Center Park, there is currently an exhibition of colorful-playful animal sculptures by the Taiwanese artist Hung Yi. The piece that most strongly resonates with me right now is the one pictured left, entitled "Money Frog." With a coin stuffed in its mouth and a totally bamboozled look in its eyes, the amphibian sculpture, fashioned out of baked enamel and steel plate, represents human beings' obsession with financial gain. As the description accompanying the sculpture puts it: "richness is a goal for most of … END_OF_DOCUMENT_TOKEN_TO_BE_REPLACED 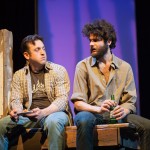 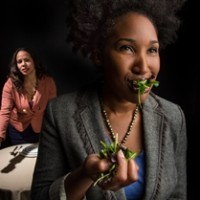 In The Los Angeles Review of Books this week, academic and journalist Minda Honey writes about how Issa Rae is addressing the paucity of roles for black actresses on television and film with her hit web series and best-selling memoir "Misadventures of Awkward Black Girl." Despite Rae's considerable creds, it's going to take more than one person to make powerful roles for women of color a normal occurrence in art and media though, as Idris Goodwin's 2012 stage drama, "Blackademics," so palpably suggests. The surrealist chamber play … END_OF_DOCUMENT_TOKEN_TO_BE_REPLACED 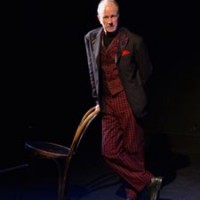 This morning, my first in San Francisco since moving back here after a two year hiatus in Denver, I ran to the top of Mount Davidson. I had never been to Mount Davidson before, much less run up it. In fact, the tree-covered Mount had barely registered with me during my first 13-year tour of duty in this city, I'm ashamed to say, because the views from the top are spectacular.  The climb up there is intense. But I guess the time I spent in and around the Mile High City has increased my lung capacity and I more or less sprang up that … END_OF_DOCUMENT_TOKEN_TO_BE_REPLACED 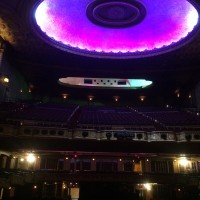 Just like many urban centers in the U.S., the city of Birmingham in Alabama has seen its fair share of close shaves when it comes to the destruction of gorgeous old buildings. The crowning example is The Alabama Theatre, a magnificent moving picture palace in downtown Birmingham. It dates back to 1927 and -- unbelievably for a well-used public building that's getting on for 90 years old -- it still contains many of the original details in their original locations. Also, scarily but much more believably, the place was nearly knocked down … END_OF_DOCUMENT_TOKEN_TO_BE_REPLACED 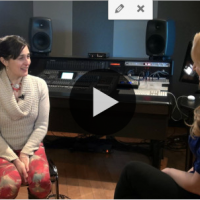 It was a bittersweet thing for me to sit down last Friday to watch the public television interview I did with "In Focus" host Eden Lane via webstream. The 30-minute-long segment originally aired the previous Friday, the day I officially announced my resignation as arts editor at Colorado Public Radio. My body language is mighty awkward as I try to answer Lane's questions as honestly and politically correctly as I can. We recorded the segment a couple of weeks before I left CPR and at that stage I didn't know whether I'd be moving on or not, … END_OF_DOCUMENT_TOKEN_TO_BE_REPLACED 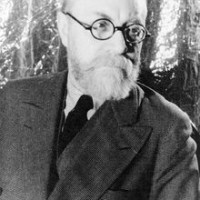 Denver art lovers will get the opportunity on Jan. 13 to experience the movie version of a blockbuster exhibition currently at New York’s Museum of Modern Art. The U.S. premiere of “Matisse from MoMA and Tate Modern,” is based on these museums’ joint, “Henri Matisse: The Cut-Outs” show which runs through Feb. 10 in New York. The film is screening in several metro area theaters including Pavilions in downtown Denver, Lakewood’s Bel Mar cinema and the Regal River Point in Englewood. It's part of an emerging trend. Arts lovers have become … END_OF_DOCUMENT_TOKEN_TO_BE_REPLACED 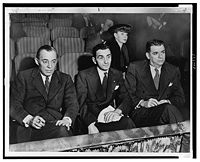 Theater auditions can be stressful not just for an actor hoping to land a gig, but equally for a director trying to fill a role. I was reminded of this reality lately when reading an article by the British stage director Phil Willmott explaining how he goes about weeding out the thousands of resumes he receives when casting his productions. When faced with a teetering pile of headshots, showreels and curriculum vitaes, Willmott admits to employing a cutthroat strategy. "I was still about 50 people over so -- and this is horrible and … END_OF_DOCUMENT_TOKEN_TO_BE_REPLACED 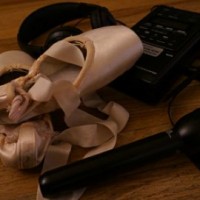 Over the past few weeks, CPR's Arts Bureau has been collecting 30-60 second dance pieces created specially for the radio. In our effort to explore what the traditionally visually-oriented medium of dance might look like—or rather, sound like--on the airwaves, we've solicited pieces from great local companies and institutions including Wonderbound, the CU Boulder dance department and the Colorado Ballet to represent the diverse Colorado dance community on our airwaves and online. With the help of "This American Life" host Ira … END_OF_DOCUMENT_TOKEN_TO_BE_REPLACED