This isn't an article written by me, but it features me. So I thought I'd share it here. Nieman Lab, the media think tank at Harvard, did a story about KQED's Lab, of which I was a part. I developed a project called Field Trips as part of The Lab. Nieman's Joseph Lichterman interviewed me for this story. … END_OF_DOCUMENT_TOKEN_TO_BE_REPLACED 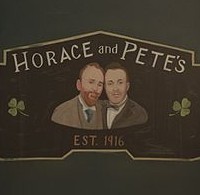 If there's any show that can be said to symbolize our present "golden era" of TV, it's Horace and Pete, the comedian Louis C.K.'s new series set in a Brooklyn bar. C.K. unveiled the 10th and final episode this weekend. This is is an odd thing to say when you consider the fact that C.K. released the series via his website without the need of a network, and that Horace and Pete feels more like a docudrama or an episodic piece of theater than anything I've ever witnessed on a small screen. Nevertheless, here are three reasons why Horace and … END_OF_DOCUMENT_TOKEN_TO_BE_REPLACED 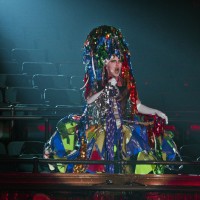 The following article originally appeared at kqed.org/arts. The term “pop music” is a 20th century invention -- it originated in England in the 1950s to describe the rock and roll frenzy that was sweeping the nation. One of the many inspired things about the first part of New York drag artist Taylor Mac’s lunatic-brilliant A 24-Decade History of Popular Music is how it reminds us that pop music in this country is actually much older than that. Another, is a sense that the greatest hits of the 1770s and 1780s -- the tunes that rocked the … END_OF_DOCUMENT_TOKEN_TO_BE_REPLACED 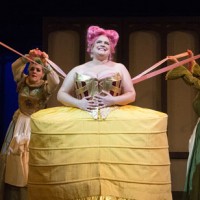 The internationally-renowned, 80-year-old Oregon Shakespeare Festival (OSF) isn’t really a festival in the traditional sense of the word. Like a Renaissance tragedy, it's epically long -- running this year from Feb. 27 to Nov. 1. And it doesn’t only focus on the works of William Shakespeare, as classics by other writers, musicals and new dramas complement the Bard's titles. Despite the misnomer, the high quality of OSF's theatrical offerings and the bucolic nature of its surroundings draw playgoers from all over world each year, including … END_OF_DOCUMENT_TOKEN_TO_BE_REPLACED 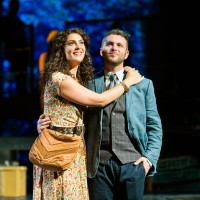 Stephen Sondheim and George Furth's 1970 musical about marriage, Company, is a product of its times. As an affable bachelor, Robert, moves through his 36th year in a blur of dinner parties with married friends and dates with women whom he doesn't care that much about, clichés abound: The wives are crazy and spend their time making gossip; the husbands are dumb and spend their time making dirty jokes. The American domestic sitcom was built on such stuff. Offering alternately funny, touching or bittersweet snapshots of a bunch of marital … END_OF_DOCUMENT_TOKEN_TO_BE_REPLACED 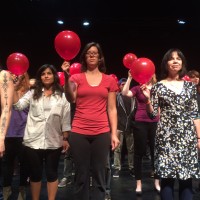 I got into an unusual conversation with a freelance contributor recently when I asked her if she would cover a praise dance event by the Ross Dance Company. The Christian dance organization describes its mission thusly: "To use contemporary dance as a way to spread the Gospel and to bring those closer to Christ." KQED doesn't do much if any coverage of religious dance, and as such I thought an intelligent write up would shed light on subject about which KQED's audience might know very little. In her initial response to my email inquiry, … END_OF_DOCUMENT_TOKEN_TO_BE_REPLACED

Perhaps the most common word that comes up in my daily life these days as senior arts editor at KQED is "podcast." Ever since the This American Life spinoff podcast Serial stormed the digital airwaves, it seems like my industry has been seized by the idea that the format will somehow do for public radio what Downtown Abbey has done for public TV. But what role is public media likely to end up playing in the podcast arena? Will the industry ultimately serve as a producer of original podcasts or rather see the podcasting medium as a way to … END_OF_DOCUMENT_TOKEN_TO_BE_REPLACED

Perhaps the most common word that comes up in my daily life these days as senior arts editor at KQED is "podcast." Ever since the This American Life spinoff podcast Serial stormed the digital airwaves, it seems like my industry has been seized by the idea that the format will somehow do for public radio what Downtown Abbey has done for public TV. But what role is public media likely to end up playing in the podcast arena? Will the industry ultimately serve as a producer of original podcasts or rather see the podcasting medium as a way to … END_OF_DOCUMENT_TOKEN_TO_BE_REPLACED 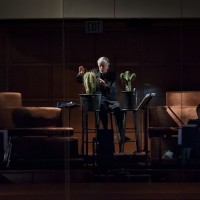 Of all the ear-eye-and-mind-tingling things I've experienced on the Bay Area arts scene this week and have not yet had time to chime in about, last night's performance of John Cage's Renga by the San Francisco Symphony topped the list. That's not to disparage the entrancing solo set I heard on Monday by British singer-songwriter Nick Mulvey at The Chapel in the Mission; I've been listening addictively to Mulvey's moody lyrics and crunchy harmonies all week ever since. But when it comes to sheer novelty,  there's really no way a man … END_OF_DOCUMENT_TOKEN_TO_BE_REPLACED 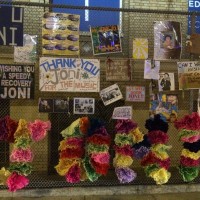 Judging by the floral and handwritten tributes adorning the fence across the street from the SFJAZZ Center in Hayes Valley, San Francisco, you'd think Joni Mitchell had passed away. The great vocalist and songwriter is still, of course, very much alive, though was unable to attend SFJAZZ's spangly lifetime achievement award celebrations last night for health reasons. Mitchell had planned to be at the event before falling ill and ending up in a Los Angeles hospital on March 31. SFist reports that the circumstances surrounding the … END_OF_DOCUMENT_TOKEN_TO_BE_REPLACED 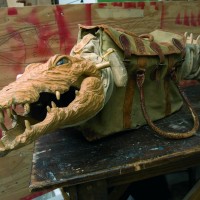 Anyone who's seen "War Horse," an extraordinary piece of storytelling for the stage that features life-size horse puppets, knows the name of the Handspring Puppet Company. The South African organization has been around since the early 1980s, and has been making prominent pieces of theater around the world ever since. But "War Horse" is the show that really put the Handspring on the map. Kind of like what "Sleep No More" has done for Punchdrunk. There is some powerful puppetry at play in the company's 1997 production "Ubu and the Truth … END_OF_DOCUMENT_TOKEN_TO_BE_REPLACED 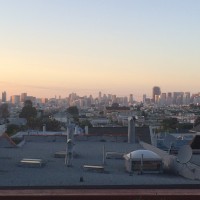 In a couple of hours I will walk through the doors of KQED and start my new job as senior arts editor there. KQED is one of the country's biggest and most well-respected public media organizations. I'm feeling excited and a little intimidated about what lies ahead. I learned a lot from my two years at Colorado Public Radio in Denver. It was essentially my first ever full-time, salaried job. I'd always worked for myself until I went to CPR to launch and lead its then brand new arts bureau. Some of the things I picked up from my time at … END_OF_DOCUMENT_TOKEN_TO_BE_REPLACED