You are here: Home / Archives for Literature 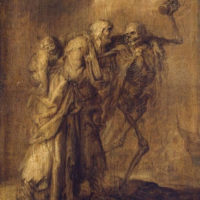 This handmade, 16-page chapbook is not about Covid-19, but the virus is present in every line. 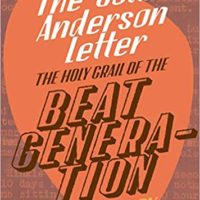 When Jack Kerouac read Neal Cassady’s spontaneous rush of words, he claimed it was more alive than any piece of writing he had ever seen. In its effusive style, its freewheeling candor, its Proustian (yes, Proustian!) introspection, the letter touched off a response in Kerouac that reshaped entirely his own approach to writing. The result was an explosion of “road” novels, beginning with “On the Road,” in which Cassady is renamed Dean Moriarity and seen as nothing less than “the root, the soul” of Beat legend. 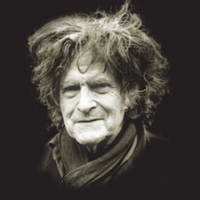 “She’s a city-dwelling, / sagely bearded / mountain man, / a libidinous old dame / dressed in evening wear. / Her eyes are hooded . . . / Into this zone of mirth / our mistress of endings / sends the world spinning / out of orbit.” 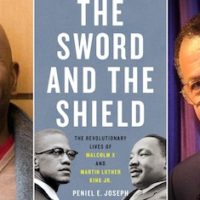 “To most Americans, Malcolm X and Martin Luther King Jr. represent contrasting ideals: self-defense vs. nonviolence, black power vs. civil rights, the sword vs. the shield. Peniel E. Joseph’s dual biography of Malcolm X and Martin Luther King, ‘The Sword and the Shield,’ upends longstanding preconceptions to transform the understanding of the twentieth century’s most iconic African American leaders.” — GC Presents / The Center for Humanities 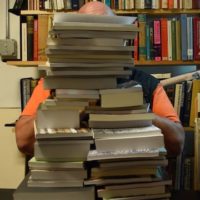 Richard Kostelanetz shows us his M-A-N-Y books from Archae Editions. And he is stacked. 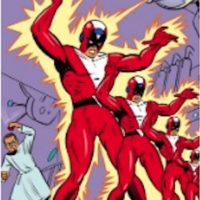 FREE ONLINE EVENT: “The pop-culture universe of superheroes is filled with extraordinary humans and abilities. Captain America, the Hulk, and Black Panther seem to lie firmly in the realm of fantasy, but the technology behind them might not be as farfetched as we think. In his book ‘The Science of Marvel,’ Sebastian Alvarado shows that, using quantum physics, evolutionary biology, and mechanical engineering, we can find real-world parallels to superpowers such as ‘spidey sense’ and Thor’s lightning. He speaks with Shane Campbell-Staton, host of the podcast ‘The Biology of Superheroes,’ about where the science meets the fiction.” — GC Presents 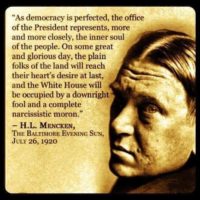 When William Jennings Bryan died, in 1925, H.L. Mencken wrote the most devastating obituary of an American politician you’ll ever read—and that includes Hunter S. Thompson’s farewell to Nixon. All you need to do is substitute “Trump” for “Bryan” to see how snug the fit will be when Trump takes his permanent leave. 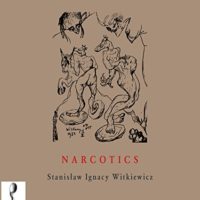 “It’s wasted breath to tell a scumbag: ‘It’s not nice to be such a swine. Why don’t you smarten up, get your act together?’ We fail to comprehend that the majority of scumbags are consciously scummy—they are aware of it and would not wish to be any different, as long as they’re able to conceal their scumminess.”
— NARCOTICS by Stanisław I. Witkiewicz 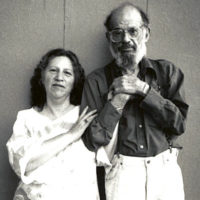 Diane di Prima died several days ago in San Francisco at age 86. The obituaries have poured in, paying tribute to a life devoted to writing—her own and others’. She was a poet, editor, publisher, memoirist, novelist and, not least, a social activist. I believe she will be remembered most for her poetry. What I like is its simplicity. I understand it. I like its rich feeling, which is straightforward and strong and not at all sentimental. Her poems age well. I’d be surprised if her poetry didn’t last longer than the poetry of many of the Beats. 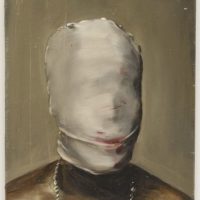 Shakespeare’s writing—all of it, poetry and plays—was repulsive to Tolstoy, who claimed that whenever he read Shakespeare he was overcome by “repulsion, weariness, and bewilderment.” As for “King Lear,” ranked among Shakespeare’s four greatest tragedies, he found it “at every step,” according to George Orwell, “stupid, verbose, unnatural, unintelligible, bombastic, vulgar, tedious and full of incredible events, ‘wild ravings,’ ‘mirthless jokes,’ anachronisms, irrelevancies, obscenities, worn-out stage conventions and other faults both moral and aesthetic.” 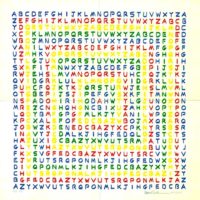 In 1956, his color scheme was as bright as day. In the plague year of 2020 a color inversion is like the night. 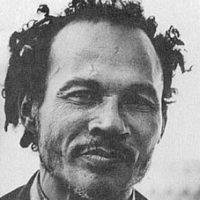 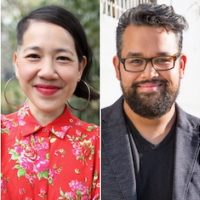 Wednesday, Oct. 21, 7:30 p.m. A FREE ONE EVENT Featuring Vijay Gupta, violinist, founder of Street Symphony, a MacArthur Award-winner, and popular TED speaker; Hồng-An Trương, an artist using photography, sound, video, and performance, whose work has been shown at venues including the International Center for Photography, The Kitchen, and the Museum of Modern Art; and Hank Willis Thomas, a conceptual artist whose work has been exhibited at the International Center of Photography; Guggenheim Museum Bilbao, Spain; and Hong Kong Arts Centre; and who collaborates on the artist-run initiatives for civic engagement For Freedoms and the Wide Awakes. This cross-disciplinary panel will be moderated by Sarah Lewis, associate professor at Harvard University; a leading commentator on race, contemporary art, and culture; and a much-viewed TED speaker. 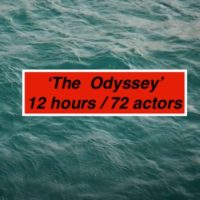 ‘The Odyssey’ tells of the adventures of Odysseus as he tries to get home after the Trojan War, and of his wife Penelope’s struggles to keep their island kingdom from civil war, along with his son Telemachus’ search to find his lost father. This reading brings 72 actors together to perform the epic poem in sequence. ‘The Odyssey’ was first performed by bards across the Mediterranean in the eighth century BCE. The entire reading will remain on YouTube for a week. 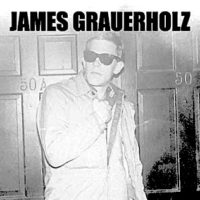 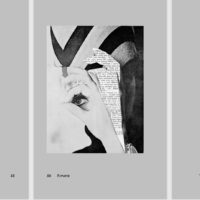 So said a friend. To which I add two deformed sonnets and a collage.

The agenda is just what it says: news of arts, media & culture delivered with attitude. Or as Rock Hudson once said in a movie: "Man is the only … END_OF_DOCUMENT_TOKEN_TO_BE_REPLACED

My biography of the Hollywood director William Wyler, A Talent for Trouble, is available as an ebook at Amazon and an ebook on iTunes at the Apple … END_OF_DOCUMENT_TOKEN_TO_BE_REPLACED

We're cutting down on spam. Please fill in this form. … END_OF_DOCUMENT_TOKEN_TO_BE_REPLACED