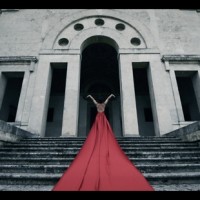 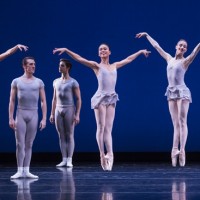 A company from London and one from Seattle visit NYC. History often appears less as a straight line than a looping, occasionally tangling collection of threads. Before Michael Nunn and William Trevitt founded Ballet Boyz in 2000, they were principal dancers with Britain’s Royal Ballet. That’s also the year that Christopher Wheeldon, formerly in that company, stopped dancing in the New York … END_OF_DOCUMENT_TOKEN_TO_BE_REPLACED 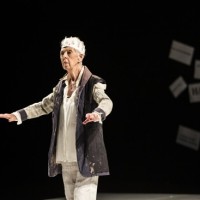 “Blow, winds, and crack your cheeks!" howls Shakespeare’s King Lear, defying the storm that crashes around him, as he wanders into outer reaches of his former kingdom. Thrust out by his two conniving daughters and their accomplices, accompanied by his faithful Fool and later by his youngest daughter, Cordelia (whom he had, in his erstwhile pride, gravely wronged), he is losing his wits. But at … END_OF_DOCUMENT_TOKEN_TO_BE_REPLACED 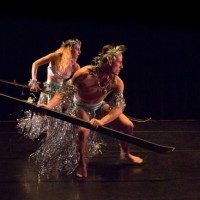 The Kathryn Posin Dance Company performs at 92Y. Think about Swan Lake and numerous 19th-century fairytale ballets—both tragedies and those with happy endings. Did/does anyone question why an “oriental” houri wears pointe shoes or why the vengeful ghost of a jilted bride dances in a moonlit forest with a cohort of similarly affected others? Mostly we accept the story and how it is told. … END_OF_DOCUMENT_TOKEN_TO_BE_REPLACED 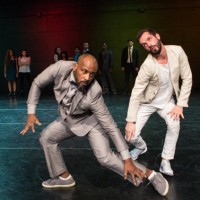 Badke, a Belgian-Palestinian dance production, comes to New York Live Arts. There is no light in New York Live Arts’ theater, where Badke is beginning. In the darkness, we hear a shout, a strangled cry, a high ululation. Somewhere in front of us, feet are stamping. A rhythmic treading develops and builds into more complicated heard patterns. Then the lights come on, and we see them: ten … END_OF_DOCUMENT_TOKEN_TO_BE_REPLACED 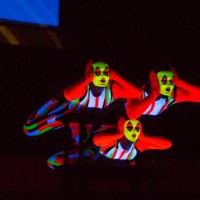 The Ririe-Woodbury Dance Company performs at the Joyce Theater through February 14. The man sitting behind me at the Joyce Theater was enthralled by the Alwin Nikolais Celebration. He mentioned a possible connection to Blue Man Group, and dancegoers over the years have seen Nikolais’ influence on Pilobolus, Momix, and the Swiss Group Mummenschanz. But Nikolais (who died in 1993) was a … END_OF_DOCUMENT_TOKEN_TO_BE_REPLACED 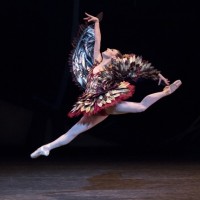 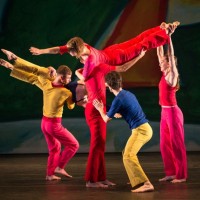 The Trisha Brown Dance Company presents three of Brown's proscenium works in New York for the last time. Goodbyes are never easy when you love someone. Or something. The Trisha Brown Dance Company’s season at the Brooklyn Academy of Music during the last few days of January represents the last time we New Yorkers will see some of Brown’s major works performed by her dancers. Just realizing … END_OF_DOCUMENT_TOKEN_TO_BE_REPLACED

This blog acknowledges my appetite for devouring dancing and spitting out responses to it. Criticism that I love to read—and have been struggling to write ever since the late 1960s—probes deeply and imaginatively into choreography and dancing, … END_OF_DOCUMENT_TOKEN_TO_BE_REPLACED