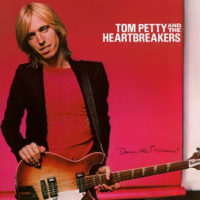 [contextly_auto_sidebar] LAST night, Tom Petty concluded a lengthy tour with the third of three shows at the Hollywood Bowl. The tour was designed to look back at 40 years with his band, The Heartbreakers, and is rumored to be the group's last go-round together. As a music fan who grew up in the '80s, who heard song after Petty song on both AOR and the local "modern rock" station, it was like a … END_OF_DOCUMENT_TOKEN_TO_BE_REPLACED

Here is some information on my book, which Yale University Press published in 2015. (Buy it from Powell's, here.) Some advance praise: With coolness and equanimity, Scott Timberg tells what in less-skilled hands could have been an overwrought horror story: the end of culture as we have known … END_OF_DOCUMENT_TOKEN_TO_BE_REPLACED