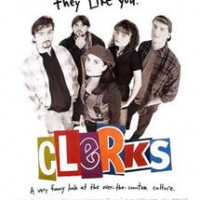 [contextly_auto_sidebar id="Xk6JC31DMBzwhIx8HqWSAUMhlvPf4tdk"] LOS Angeles is the capital of the film world, but it is about to lose one of its last great shops that rents movies: Vidiots in Santa Monica. I got to know this place about a decade ago, as well as a store made up of some of its alums, CineFile in West LA. A little later, I frequented Rocket Video, which closed a few years ago and … END_OF_DOCUMENT_TOKEN_TO_BE_REPLACED

Here is some information on my book, which Yale University Press published in 2015. (Buy it from Powell's, here.) Some advance praise: With coolness and equanimity, Scott Timberg tells what in less-skilled hands could have been an overwrought horror story: the end of culture as we have known … END_OF_DOCUMENT_TOKEN_TO_BE_REPLACED