You are here: Home / Archives for Greenhouse Studios

Last summer, I went to Iceland to record Nico Muhly's Drones & Piano. I planned to spend two days in the studio, walk around Rejkavik, go to the Blue Lagoon, and fly back to New York. When I arrived at Greenhouse Studios, the door was opened by Nadia Sirota. I had no idea she was going to be there. According to Nadia, she "kind of Jedi Mind Tricked" me into recording another of Nico's drone pieces with her, Drones & Viola -- after I … END_OF_DOCUMENT_TOKEN_TO_BE_REPLACED 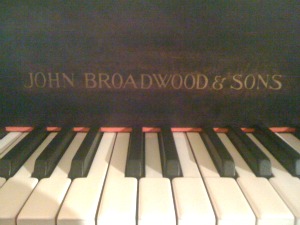 During the recording sessions for Nico Muhly's Drones & Piano, sometimes the piano bench squeaked. "Bench was loud," I said, after a particularly squeaky take. Through my earbud, I heard the voice of engineer Paul Evans. "I rather like it," he said. Paul wasn't being entirely serious, but he was hinting (or poking fun?) at an approach to recording that resembles Dogme 95 or "Remodernist" films. As high technology allows us to achieve … END_OF_DOCUMENT_TOKEN_TO_BE_REPLACED

Music is changing. Society's changing. Pianists, and piano music, and piano playing are changing too. That's PianoMorphosis. But we're not only reacting... From the piano -- at the piano, around the piano -- we are agents of change. We affect … END_OF_DOCUMENT_TOKEN_TO_BE_REPLACED