You are here: Home / Archives for Francesco 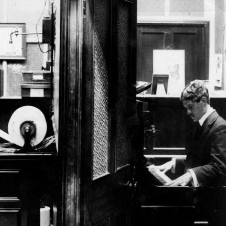 In the parlance of mechanical player-pianos, "hand-played" described a piano roll that was directly derived from a realtime human performance. After the initial punching of a roll, it could be retouched. Alternatively, a roll could be prepared entirely by a technician punching holes in a paper roll, measuring physical distances on paper to make the rhythm -- no piano playing required. Conlon Nancarrow carried that practice to considerable … END_OF_DOCUMENT_TOKEN_TO_BE_REPLACED

It's hard to remember musical life before the Poisson Rouge. Four years ago this summer, I started playing and hearing music at the club (the former Village Gate). It's not overstatement to say that LPR has reflected, and also played a role in big changes in American musical life. The range of people who stop by is crazy. After I played in a performance of the Quartet for the End of Time, Nico Muhly's mother introduced herself. One night it was … END_OF_DOCUMENT_TOKEN_TO_BE_REPLACED

Next week, I'm playing an overlapped, simultaneous concert with Francesco Tristano, this time at Le Poisson Rouge in New York. It's billed as "[ Simultaneo ]." In the advertising it says: "Two concerts at the same time!" A manifestation of remix culture for sure -- it's Girl Talk Classical! In Echternach in 2009, we did an overlapped performance, a continuous 70 minutes of sound made with two pianos. Glass's music was overlaid with Carl Craig. … END_OF_DOCUMENT_TOKEN_TO_BE_REPLACED

Sometimes a piece of music is "withdrawn" from a composer's catalog. Music that was composed, published, and available is taken back -- rescinded. You can't get it anymore. Usually, the composer has thought better of it: the music doesn't hold up now, the composer's style has changed a lot, it's an early piece that just doesn't seem good enough for public display... All of Philip Glass's early non-tonal music is unavailable now. I play(ed) a … END_OF_DOCUMENT_TOKEN_TO_BE_REPLACED 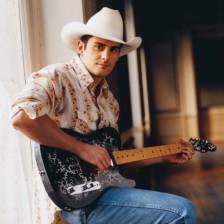 Keyboard music has always been linked with transcribing: making sung, or strummed pieces (or gestures), into something fingers can play on keys. The earliest extant keyboard pieces are transcriptions (more properly "intabulations," because they are written using the little diagrams called tablature): Robertsbridge Codex, circa 1350  One of my former students is making solo piano versions of Detroit techno. I've made piano transcriptions of … END_OF_DOCUMENT_TOKEN_TO_BE_REPLACED

Music is changing. Society's changing. Pianists, and piano music, and piano playing are changing too. That's PianoMorphosis. But we're not only reacting... From the piano -- at the piano, around the piano -- we are agents of change. We affect … END_OF_DOCUMENT_TOKEN_TO_BE_REPLACED