You are here: Home / Archives for Earle Brown

If they throw stones upon the roof While you practice arpeggios, It is because they carry down the stairs A body in rags. Be seated at the piano. ... Wallace Stevens: "Mozart, 1935" I ask many young pianists to play un-measured preludes by French composers Louis Couperin, Gaspard Le Roux, or Rameau. These are written pieces in which pitches are specified but rhythm is not. I offer no instruction, no advice. Louis Couperin: Prelude You … END_OF_DOCUMENT_TOKEN_TO_BE_REPLACED

It's hard to remember musical life before the Poisson Rouge. Four years ago this summer, I started playing and hearing music at the club (the former Village Gate). It's not overstatement to say that LPR has reflected, and also played a role in big changes in American musical life. The range of people who stop by is crazy. After I played in a performance of the Quartet for the End of Time, Nico Muhly's mother introduced herself. One night it was … END_OF_DOCUMENT_TOKEN_TO_BE_REPLACED

Next week, I'm playing an overlapped, simultaneous concert with Francesco Tristano, this time at Le Poisson Rouge in New York. It's billed as "[ Simultaneo ]." In the advertising it says: "Two concerts at the same time!" A manifestation of remix culture for sure -- it's Girl Talk Classical! In Echternach in 2009, we did an overlapped performance, a continuous 70 minutes of sound made with two pianos. Glass's music was overlaid with Carl Craig. … END_OF_DOCUMENT_TOKEN_TO_BE_REPLACED 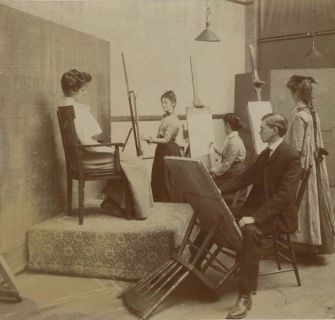 After a concert I played in Munich in May, there was a question-and-answer session. (I performed music written by Alvin Curran, Sylvano Bussotti, and Earle Brown.) One audience member asked if a performer of newish music still needs to study Chopin's etudes? Since the pervasive use of photography by visual artists, the question arises in art schools: "Do art students need to learn how to draw?" To the question in Munich, my immediate … END_OF_DOCUMENT_TOKEN_TO_BE_REPLACED

Music is changing. Society's changing. Pianists, and piano music, and piano playing are changing too. That's PianoMorphosis. But we're not only reacting... From the piano -- at the piano, around the piano -- we are agents of change. We affect … END_OF_DOCUMENT_TOKEN_TO_BE_REPLACED