You are here: Home / Archives for Drones

Last summer, I went to Iceland to record Nico Muhly's Drones & Piano. I planned to spend two days in the studio, walk around Rejkavik, go to the Blue Lagoon, and fly back to New York. When I arrived at Greenhouse Studios, the door was opened by Nadia Sirota. I had no idea she was going to be there. According to Nadia, she "kind of Jedi Mind Tricked" me into recording another of Nico's drone pieces with her, Drones & Viola -- after I … END_OF_DOCUMENT_TOKEN_TO_BE_REPLACED 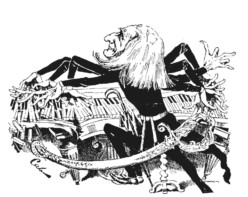 Every hand is different. Often large hands or hands with wide reach are thought to be an advantage in piano playing. In general, hands are getting bigger as bodies do. That makes some big stretches in old keyboard music more accessible, and less risky. Very wide fingers are a difficulty. It may be impossible to play in between the piano's black keys -- as it was for Walter Gieseking. We know that a few players of the modern piano (Daniel … END_OF_DOCUMENT_TOKEN_TO_BE_REPLACED

Music is changing. Society's changing. Pianists, and piano music, and piano playing are changing too. That's PianoMorphosis. But we're not only reacting... From the piano -- at the piano, around the piano -- we are agents of change. We affect … END_OF_DOCUMENT_TOKEN_TO_BE_REPLACED