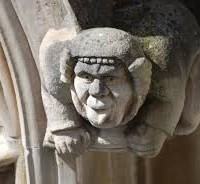 In the last decade on several occasions subscribers to Seattle Opera, of which I was the General Director, commented to me that they enjoyed opera, wanted others to experience it, but that it would be so much more popular if I would make it considerably shorter. The suggested time was somewhere less than two hours, including a generous intermission. And the operas that were mentioned to be trimmed … END_OF_DOCUMENT_TOKEN_TO_BE_REPLACED

After 31 years I have retired as General Director of Seattle Opera. Over that time we produced 92 operas in more than 1,200 performances... … END_OF_DOCUMENT_TOKEN_TO_BE_REPLACED

I believe in the power of opera if produced theatrically and sung with emotion. Great artists are those who understand that the words inspired the composer to write the music, and they interpret the words meaningfully with good diction. Everything about opera is emotion, and just to sing accurately … END_OF_DOCUMENT_TOKEN_TO_BE_REPLACED