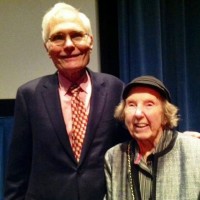 ​A few days ago I reflected on the passing of Jon Vickers, one of the great artists of the twentieth century. Opera, however, lives because of those who love it,  most of them nameless in the press. A friend told me of the passing away of one of the more remarkable opera lovers I have ever known, certainly the most dedicated Ring devotee.​ ​Verna Parino, who lived in Marin County north of San … END_OF_DOCUMENT_TOKEN_TO_BE_REPLACED 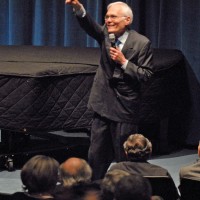 In my thirty-one years as General Director of Seattle Opera I think the most fun I had were the question-and-answer sessions I held with interested audience members after every performance. Starting in 1996, I had 732 of these sessions, and I found each one both instructive and intensely enjoyable. The best attended were always the Wagner sessions, which because of the length of the Wagner operas … END_OF_DOCUMENT_TOKEN_TO_BE_REPLACED 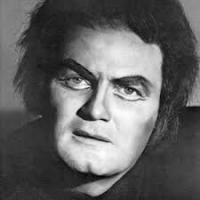 My first experience of Jon Vickers was as Siegmund in Die Walküre at the old Metropolitan Opera House on February 9, 1960. His earlier appearances as Canio and Florestan had been well received, but that night the theater came close to exploding. With Aase-Nordmo Lövberg as Sieglinde, he created a passionate, involved, intense Siegmund, equal in both lyricism, drama and voice to the live … END_OF_DOCUMENT_TOKEN_TO_BE_REPLACED

After 31 years I have retired as General Director of Seattle Opera. Over that time we produced 92 operas in more than 1,200 performances... … END_OF_DOCUMENT_TOKEN_TO_BE_REPLACED

I believe in the power of opera if produced theatrically and sung with emotion. Great artists are those who understand that the words inspired the composer to write the music, and they interpret the words meaningfully with good diction. Everything about opera is emotion, and just to sing accurately … END_OF_DOCUMENT_TOKEN_TO_BE_REPLACED