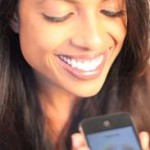 It used to be that people in this country sang all the time. Around pianos. On porches. In factories and cotton fields. But with the advent of recorded sound and the growing professionalization of music-making in the late 19th and 20th centuries, people largely moved away from singing themselves to passively listening to others with more expertise — and sex appeal — do it.
“It’s not surprising that this has happened,” says Prerna Gupta, the chief product officer at Smule, a company that develops music-making apps for mobile devices, and the guest on this week’s edition of VoiceBox. “If you can listen to all this amazing music sung by stars, it’s easier than creating it yourself especially if you’re not particularly talented at it. You get accustomed to hearing professionals and more embarrassed about your own amateur abilities.”

In my VoiceBox interview with Prerna, we discuss how the nascent landscape of vocal music apps is helping people rediscover a primordial desire to use their voices but with a 21st century slant. You don’t need to be able to sing well or even at all to get something out of the experience.

The LaDiDa app, for instance, allows users to sing in as off-key a fashion as they like into their device, and at the touch of a button, the app will convert the raw vocal into a produced song complete with harmonies and instrumental backing.”LaDiDa makes bad singers sound good,” Prerna likes to say. (Even bad singers have to have a sense of timing to use LaDiDa, however. If you can’t maintain the selected tempo while voicing your song, the backing is all out of joint with the singing in the final product, as I discovered when I tried the app myself and didn’t see the countdown icons flashing on the iPhone screen signifying the tempo I was supposed to sing at.)

Here’s a fun YouTube clip showing the app in action.

Another interesting app is Songify, which takes any spoken text and converts it into sung music. Clever. You click a button on your iPhone interface, say some words into it, and when you click another button, your speech becomes a song, again with a choice of backing instrumental. One limitation of this technology, though brilliant, is that it’s not advanced enough to maintain the quality of the user’s voice. The output sounds quite tinny and processed.

Here’s a clip showing the technology in action.

A third app that I really like is Sing! which allows users to invite other users to join in singing a song as an ensemble. It’s a sort of a remote group karaoke experience. Prerna tells me about how Sing! was quite movingly used in 2011 by someone who wanted to show solidarity for people’s suffering in the aftermath of the tsunami and earthquake in Japan. That user put out a call on Sing! asking people to join her in singing Bill Withers’ “Lean On Me.” More than a thousand people answered her call. Powerful stuff.

Here’s a clip from YouTube showing how two people living on opposite sides of the world can use the Sing! app to sing together.

I could go on and on. There are so many interesting apps out there for voice. Though I’ve long been a fan of apps like Soundhound and iPitchPipe, talking with Prerna has really broadened my horizons.

Of course, there’s a long way to go with the technology, especially in terms of extending the range of harmonic, musical genre and instrumental options for the accompaniments, and retaining the unique individual quality of a user’s voice. There’s also the question of if and how these apps can be of use to people who already sing and do it well. How can apps encourage and reward virtuosity?

But in my world, any resource that encourages people to sing — and especially sing together — is a good thing.

To find out more about the VoiceBox program about mobile vocal music apps, which launches on Friday 25 January 2013, click here.