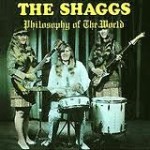 I recorded a VoiceBox episode on Friday on the subject of “terrible songs” in collaboration with Jim Nayder, the host of NPR Chicago’s Annoying Music Show, and Brian Rosen, a Bay Area-based composer and arts blogger.

The task was to dissect well-known vocal music aberrations (we covered everything from The Shaggs’ “My Pal Foot Foot” to Rebecca Black’s “Friday”) according to what we called “the elements of badness.” These elements are the various qualities that many sub-par vocal compositions possess in common such as crumby or smug lyrics, monotonous/grating melody, poor intonation and overuse of Auto-Tune.

One thing that came up in discussion is how coy our society generally is about voicing a negative opinion about classical music. Few people have qualms about skewering a bad pop song. But beyond narrow-focused musicologists steeped in the world of academic journals and conferences, faulting a Mozart aria or Schubert lied is “just not done.” And relatively few people besides the handful of professional critics that are still plying their trade today come flat out against contemporary works.

Performances/interpretations of classical music works are fairer game for derision — Florence Foster Jenkins makes an appearance on our VoiceBox program, naturally. But in general, the criticism is not serious. And while classical music critics might fault a singer for not performing an aria or art song as well as they might, it’s rare to come across a review which completely destroys a vocal performance.

Classical music is more of a niche genre than pop music, of course, so there are fewer “worst of” lists anyway and fewer people sharing widely-disseminated opinions about classical pieces. This explains in part why there is so little discussion along these lines.

I think what it boils down to, though, is that society at large is scared to judge classical music. It’s still so very entrenched in the establishment and regarded as “high brow.” Perhaps people think that to deride classical music is to highlight one’s own poor taste. Ultimately, it’s easier somehow to make fun of something truly alien to many western sensibilities, like Chinese opera or Mongolian throat singing for instance, than to condemn a piece of occidental art music.