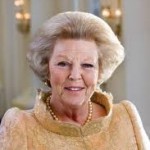 A friend of mine just forwarded me an email from an American pianist/composer friend of his who’s based in Amsterdam. The Dutch and Belgian papers are all over this story about a religious nut’s attempt to derail a concert at the Concertgebouw and the fears for Queen Beatrix’s safety (the monarch was attending the concert.) But it has yet to break in the English-language press it seems, as I see no trace of it online anywhere.

Here are the contents of the email I just received about the incident:

I was just at the Concertgebouw, Amsterdam for the concert celebrating 100 years Dutch composers association with the Dutch Queen and ex-mayor of Amsterdam there as special guests. There was a man claiming to be sent by Allah who stormed the podium, took the microphone and began preaching, so that the whole orchestra vacated the podium. The police came and arrested him and then began searching for a bomb. Heavy!!! We thought it was part of the program. A bassist in the orchestra who I’ve played with, came to me–I was sitting in the 4th row and told us it was real–we didn’t believe him. Still got to get my head around it–It’s all over Dutch news right now, because it was a threat on the Queen.

For any Dutch-speakers out there, here are links to local media stories from Die Stentor and Het Laatste Nieuws.

Interesting to read such varied responses to the event described above. The pianist/composer Eugene Carl whose initial response, forwarded via a mutual friend I posted yesterday, followed up with these words when I emailed him last night for more information:

I saw the guy before the concert shaking hands with the ex-mayor, who’s now the head of the Labor party.  His wife is in a wheel-chair, and the guy walked up to Job Cohen and introduced himself and tried to talk with him. A very handsome man in his 30″s dressed very nicely.  I thought, he must be a dignitary or this is part of some kind of “act” for the concert.  There were policemen outside and inside, so it wasn’t “unprotected”.  After all the Queen was also coming–she’s the biggest supporter of the arts in Holland, especially dance, and is herself a brilliant sculpture and also painter.

I was sitting in the 4th row and the 3 in front were empty (not good acoustic).  The woman next to me, wife of a board of director, thought it was also a “theatrical” trick because there was a piece on the program named “No Reason to Panic”.  Talk about coincidence!!!  Thus, the doubts in our minds that it was an “attack”.  But it was.  He said first that he didn’t have a bomb and began telling what the prophet Mohammed had said–then he was taken away after all the members of the orchestra had vacated the podium, starting with the concertmaster who walked off almost immediately.  It lasted some 20 minutes before the “all clear” sign was given.  We remained seated.  The Queen had entered, we stood up while she entered, and then sat down for the concert, and that’s when it happened–the Queen is supposed to leave before the public and orchestra, so the fact she didn’t leave gave credibility that it was an “act”.  The Queen was in the balcony, quite a distance from the podium.
Contrastingly, a couple of other people wrote to downplay the whole thing:
John Treble said:
I was there too, and if that’s what hell is like, then I’m up for hell any time. A rather mild-mannered and well-turned out chap mumbled into a microphone for a minute or more, a few violinists left the stage, and the queen (and the rest of us) sat unperturbed while three heavies inspected the suspicious looking bassoon reed boxes.

There really was nothing the matter. Just a confused man addressing the audience from the stage. He was very quiet, and seemed at ease. No threats whatsoever.

However different these reactions are, it seems like it was an interesting night at the Concertgebouw at any rate!