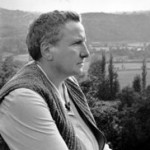 San Francisco is entering a veritable Summer of Stein with two major exhibitions devoted to Gertrude Stein and a slew of performances, salons and related events.

Earlier today, I managed to catch both the San Francisco Museum of Modern Art’s The Steins Collect, an applaudable convergence of the Stein Family’s panoramic collection of early and mid-20th century European artworks, and, at the Contemporary Jewish Museum, Seeing Gertrude Stein: Five Stories, an informative and nicely-balaned exploration of Stein’s life and impact on the art world.

These two shows operate in perfect synchronicity, demonstrating how two large arts organizations can work together to create parallel experiences that are quite different from one another and yet inform each other beautifully.

The SFMOMA show is well-organized and goes much deeper than simply displaying masterworks by the likes of Matisse, Picasso and Renoir from the Stein’s formidable collection. Of course, it’s marvelous to see so many fine paintings. But what one most powerfully comes away with from viewing this exhibition is a sense of the forces that came into play in shaping the Paris art world of the Steins’ era. From the split between Gertrude and Leo Stein over aesthetics to Gertrude’s eventual championship of artists who would never have as big a name as her early objects of patronage owing in part to being priced out of the market for Picassos and the like, SFMOMA’s show reveals the story behind the art in a way that activates thoughts about history, economics, politics and personal relationships as much as it presents a fiesta for the eyes.

A sign of a great arts experiences is leaving a museum, cinema or theatre with questions buzzing in one’s head. I happily left SFMOMA with many questions about the Steins, such as wanting to know more about their financial situation and how it was that Gertrude Stein and Alice B Toklas, a Jewish lesbian couple with a “degenerate” taste in art, managed to escape being hunted down and killed by the Nazis in Vichyist France.

The show across the street at the CMJ helped to fill in many of the gaps with its quirky, thematic appraisal of the life of Gertrude Stein. Divided into five themed areas covering such aspects of Stein’s existence as her relationship with Toklas and entourage of young, mostly gay male artists and writers, the show rounded-out the experience I’d had at SFMOMA and provided yet more food for thought. I especially loved the section about Stein’s influence on newer generations of artists. A playful wall sculpture made out of thousands of spools of colored thread creating an upside down, pixelated portrait of Gertrude will stay in my mind for months to come.

The SFMOMA show opens on May 21 and the CMJ show only opened a week ago. I advise anyone within driving distance of San Francisco to attend both.