You are here: Home / Archives for Jazz Gallery 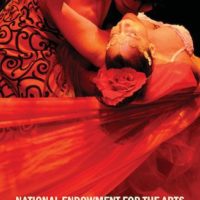 Given all the noise, the National Endowment for the Arts' $25 mil for arts, literature and education announced Feb. 7 may have been overlooked. But these funds and the projects they support, nationwide, should be noted. From more than $3 million going to initiatives strictly labeled "Music" (exclusive of "Musical Theater" or "Opera") here's my subjective selection of 50 grants referencing "jazz" and beyond. The largest amounts among them go to Carnegie Hall to celebrate Philip Glass's 80th birthday ($85k and there's a second grant on … END_OF_DOCUMENT_TOKEN_TO_BE_REPLACED 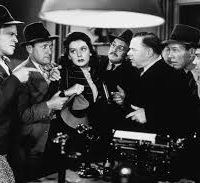 Dr. Martin Luther King Jr. weekend '18 was a big one for jazz in NYC with the first Jazz Congress at Jazz at Lincoln Center, a glorious Winter Jazz Fest, artists showcases at the conference of APAP (the Association of Performing Arts Presenters) and diverse independent venues -- but not least of all the first ever (?!?) panel discussion of gender issues by four women who are professional jazz journalists (documented to vlogger Ms Michal Shapiro). Above, Jordannah Elizabeth Michelle Mercer, of NPR and DownBeat's Hotbox reviewing section, … END_OF_DOCUMENT_TOKEN_TO_BE_REPLACED

Composer Steve Reich said, "Without John Coltrane, there would be no minimalism." The topic was Hall Overton, the man who arranged Monk's music, treating jazz as contemporary "classical" composition. The occasion was a panel discussion sprung from an exhibit at the NY Public Library of the Performing Arts about the Jazz Loft hosted by photographer W. Eugene Smith from 1955-1964 (this is Smith's shot of Overton with Monk in the Loft). Read about it in my new City Arts column. … END_OF_DOCUMENT_TOKEN_TO_BE_REPLACED

Composer-saxophonist Henry Threadgill performed his quicksilver music with quintet Zooid at the Jazz Gallery a few days back: here are the photos. He talked at Jazz at Lincoln Center, also: a brief synopsis. … END_OF_DOCUMENT_TOKEN_TO_BE_REPLACED

On September 17,New York kicks off a fall season more highly charged with new creative energies than any in memory. An army of mostly young, skilled, ambitious and devoted musicians is making itself heard in the East Village, Soho, Brooklyn, on the Lower West Side and in the clubs -- while benevolence is cast by the first ever performance -- at last -- of Ornette Coleman at Jazz at Lincoln Center, Sept. 26. … END_OF_DOCUMENT_TOKEN_TO_BE_REPLACED

What if there's more to jazz than you suppose? What if jazz demolishes suppositions and breaks all bounds? What if jazz - and the jazz beyond, behind, under and around jazz - could enrich your life? What if jazz is the subtle, insightful, stylish, … END_OF_DOCUMENT_TOKEN_TO_BE_REPLACED

Reviewing a sleeping giant, ESP Disks before its early '00s revival  Howard Mandel c 1997, published in issue 157, The Wire It was a time before psychedelics. Following the seismic cultural disruptions of the mid '50s, rock 'n' roll had hit a … END_OF_DOCUMENT_TOKEN_TO_BE_REPLACED

[contextly_auto_sidebar id="IFeXJPobvykRyuU4dU68FilRPv0EE8oC"] This is a complete version of the feature on pianist Matthew Shipp I wrote for The Wire, published in February, 1998 Is this the face of New York's jazz avant now? Pianist Matt … END_OF_DOCUMENT_TOKEN_TO_BE_REPLACED

A 1990 interview with drummer Rashied Ali, about his relationship with John Coltrane. … END_OF_DOCUMENT_TOKEN_TO_BE_REPLACED

Miles Davis intended On The Corner to be a personal statement, an esthetic breakthrough and a social provocation upon its release in fall of 1972. He could hardly have been more successful: the album was all that, though it has taken decades for its … END_OF_DOCUMENT_TOKEN_TO_BE_REPLACED