You are here: Home / Archives for Wayne McGregor

Dance celebrates the music of Thomas Adès at New York City Center. “His music moves from here to there in a way that is at heart choreographic.” Music critic and historian James M. Keller wrote those words in a program note for “Thomas Adès: Concentric Paths—Movements in Music,” the Sadler's Wells London’s production of four dances set to Adès scores, an event in Lincoln Center’s White … END_OF_DOCUMENT_TOKEN_TO_BE_REPLACED 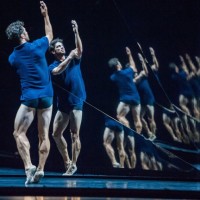 Wayne McGregor's "Tree of Codes" turns the Park Avenue Armory into a 21st-century phantasmagoric playground. Why when I meditate on Tree of Codes, the dance-and-design spectacle on view at the Park Avenue Armory, do I flash back almost 150 years to the spectacle-extravaganza, The Black Crook? The two productions have in common little but their desire to astonish. The Black Crook opened in … END_OF_DOCUMENT_TOKEN_TO_BE_REPLACED 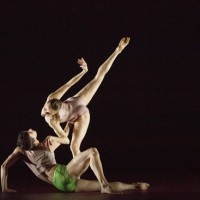 The San Francisco Ballet comes to Lincoln Center with two mixed bills of ballets by seven choreographers. The artistic director of a large ballet company must have headaches rather different from those of a Wall Street trader. His (and such directors tend to be male) “stocks” are highly volatile. Helgi Tomasson, who leads the San Francisco Ballet, can make predictions about how ballets by … END_OF_DOCUMENT_TOKEN_TO_BE_REPLACED

This blog acknowledges my appetite for devouring dancing and spitting out responses to it. Criticism that I love to read—and have been struggling to write ever since the late 1960s—probes deeply and imaginatively into choreography and dancing, … END_OF_DOCUMENT_TOKEN_TO_BE_REPLACED