You are here: Home / Archives for Talley Beatty 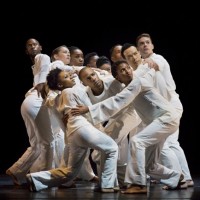 The Alvin Ailey American Dance Theater opens its City Center run, December 2 through January 3. During the curtain call at City Center that followed the world premiere of Robert Battle’s Awakening, the twelve members of the Alvin Ailey American Dance Theater joined the audience in clapping enthusiastically for him. Sweaty, their faces alight, their hands slamming together, they showed their … END_OF_DOCUMENT_TOKEN_TO_BE_REPLACED

This blog acknowledges my appetite for devouring dancing and spitting out responses to it. Criticism that I love to read—and have been struggling to write ever since the late 1960s—probes deeply and imaginatively into choreography and dancing, … END_OF_DOCUMENT_TOKEN_TO_BE_REPLACED