You are here: Home / Archives for Soaking Wet 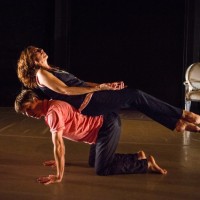 The Soaking Wet Festival at New York's West End Theater, October 2-5. Bored house guests. What does that mean to you? Unearthing the jigsaw puzzle because it’s raining and you can’t take them to the beach? The duet Bored House Guests, dreamed up and performed by Sara Hook and Paul Matteson as part of the Soaking Wet Festival, blasts open any of the usual images. Is the “house” in fact a … END_OF_DOCUMENT_TOKEN_TO_BE_REPLACED 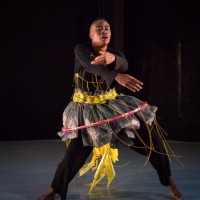 Vicky Shick and colleagues premiere a new work. The second week of April, 2014, both the Trisha Brown Dance Company and the Stephen Petronio Company performed in New York. The following week, and further uptown, Vicky Shick premiered her Pathétique/Miniatures in Detail. An enlivening coincidence. Shick, like Petronio, performed in Brown’s company for a number of years—in her case from … END_OF_DOCUMENT_TOKEN_TO_BE_REPLACED

This blog acknowledges my appetite for devouring dancing and spitting out responses to it. Criticism that I love to read—and have been struggling to write ever since the late 1960s—probes deeply and imaginatively into choreography and dancing, … END_OF_DOCUMENT_TOKEN_TO_BE_REPLACED