You are here: Home / Archives for Raime 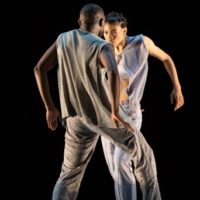 Alvin Ailey American Dance Theater's Lincoln Center season (6/8-19) What’s going on here? I exit onto the Lincoln Center Plaza after watching “21st Century Voices” one of the five programs that make up the Alvin Ailey American Dance Theater’s season at the former New York State Theater. Although I’ve seen plenty of spiritual aspiration and yearning toward the light, I haven’t noticed many … END_OF_DOCUMENT_TOKEN_TO_BE_REPLACED

This blog acknowledges my appetite for devouring dancing and spitting out responses to it. Criticism that I love to read—and have been struggling to write ever since the late 1960s—probes deeply and imaginatively into choreography and dancing, … END_OF_DOCUMENT_TOKEN_TO_BE_REPLACED