You are here: Home / Archives for Narcison Rodriguez 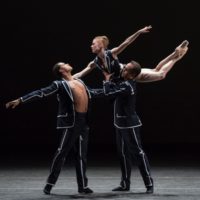 New York City Ballet opens its fall season  (September 20 to October 16) with four new ballets. The New York City Ballet’s gala performances are intriguing phenomena—so many gowns trailing hazardous trains during the pre-performance cocktail party on the second floor promenade, so many tiny, slightly slippery hors d’oeuvres, and at the same time such pride and good spirits among those … END_OF_DOCUMENT_TOKEN_TO_BE_REPLACED

This blog acknowledges my appetite for devouring dancing and spitting out responses to it. Criticism that I love to read—and have been struggling to write ever since the late 1960s—probes deeply and imaginatively into choreography and dancing, … END_OF_DOCUMENT_TOKEN_TO_BE_REPLACED