You are here: Home / Archives for Megan Fairchild 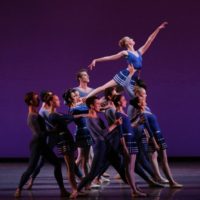 21st-century works in The New York City Ballet's Winter season (January 23-March 4) A subtle artistic schism exists for dancers in the New York City Ballet. None of them knew its co-founder Balanchine. They hadn’t taken his classes; they hadn’t watched him choreograph new ballets or lent him their bodies to use as inspiration and building blocks. If they experienced ballets by his later … END_OF_DOCUMENT_TOKEN_TO_BE_REPLACED 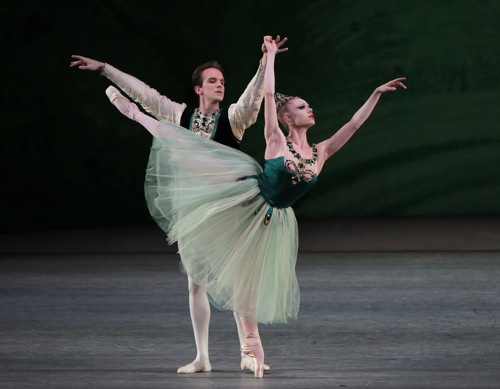 The New York City Ballet performs Balanchine's Jewels. To see George Balanchine’s 1967 Jewels again at its first performance during the New York City Ballet’s winter season is to be delighted all over again. In choreographing its three separate but united ballets, Balanchine absorbed and brilliantly interpreted three diverse musical styles, the threads of narrative and atmosphere that clung … END_OF_DOCUMENT_TOKEN_TO_BE_REPLACED

This blog acknowledges my appetite for devouring dancing and spitting out responses to it. Criticism that I love to read—and have been struggling to write ever since the late 1960s—probes deeply and imaginatively into choreography and dancing, … END_OF_DOCUMENT_TOKEN_TO_BE_REPLACED