You are here: Home / Archives for Jesse Obremski 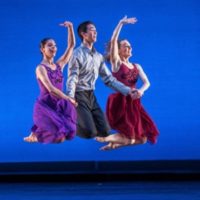 The Limón Dance Company performs at the Joyce Theater, May 2 through 7. José Limón might have been a fine architect had he chosen that profession instead of dance. Beginning his career in the company led by Doris Humphrey and Charles Weidman, he inherited some of their principles of movement and, shortly, a mentor: Humphrey herself. And during the latter part of his career, when he had a … END_OF_DOCUMENT_TOKEN_TO_BE_REPLACED

This blog acknowledges my appetite for devouring dancing and spitting out responses to it. Criticism that I love to read—and have been struggling to write ever since the late 1960s—probes deeply and imaginatively into choreography and dancing, … END_OF_DOCUMENT_TOKEN_TO_BE_REPLACED