You are here: Home / Archives for Christian Wolff 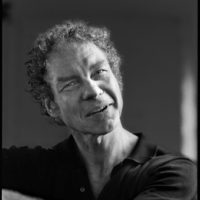 Merce Cunningham at his Westbeth studio in 1972. Photo: James Klosty James Klosty’s Merce Cunningham Redux is a big book in several ways (try lugging it to a sunny spot; it weighs about six pounds). Published late in 2019 by Brooklyn’s powerHouse Books and selling for $75, it first came into the world as Merce Cunningham in 1975 (Saturday Review Press) and reappeared in paperback with a new … END_OF_DOCUMENT_TOKEN_TO_BE_REPLACED

In January, 2011, one-and-a-half years after Merce Cunningham died, the second half of the Merce Cunningham Dance Company’s two-year Legacy Tour began in Hong Kong. It ended at 10:00 P.M. on December 31 in New York. The immense crowd of spectators in the Park Avenue Armory applauded and cheered the dancers for many minutes, as if keeping them onstage, bowing over and over, not only showed them how … END_OF_DOCUMENT_TOKEN_TO_BE_REPLACED

This blog acknowledges my appetite for devouring dancing and spitting out responses to it. Criticism that I love to read—and have been struggling to write ever since the late 1960s—probes deeply and imaginatively into choreography and dancing, … END_OF_DOCUMENT_TOKEN_TO_BE_REPLACED