You are here: Home / Archives for Bria Bacon 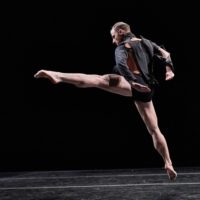 The Stephen Petronio Company performs new and historic works. It has long been something of a tradition that so-called modern dancers forge their own styles, train those who perform their works, and, inevitably, appear as a central power onstage. However, New Yorkers attending Paul Taylor’s recent American Modern Dance season were treated to guest artists performing works by Isadora Duncan … END_OF_DOCUMENT_TOKEN_TO_BE_REPLACED

This blog acknowledges my appetite for devouring dancing and spitting out responses to it. Criticism that I love to read—and have been struggling to write ever since the late 1960s—probes deeply and imaginatively into choreography and dancing, … END_OF_DOCUMENT_TOKEN_TO_BE_REPLACED