You are here: Home / Archives for Bohdan Hilash 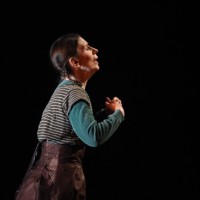 Meredith Monk's new On Behalf of Nature at the BAM Harvey. “I work in between the cracks, where the voice starts dancing, where the body starts singing, where theater becomes cinema.” Meredith Monk said that in 1981. And although many of us knew her first as a startlingly original downtown 1960s choreographer, she has since composed music that interweaves various modes of performance and … END_OF_DOCUMENT_TOKEN_TO_BE_REPLACED

This blog acknowledges my appetite for devouring dancing and spitting out responses to it. Criticism that I love to read—and have been struggling to write ever since the late 1960s—probes deeply and imaginatively into choreography and dancing, … END_OF_DOCUMENT_TOKEN_TO_BE_REPLACED