You are here: Home / Archives for Arnie Zane 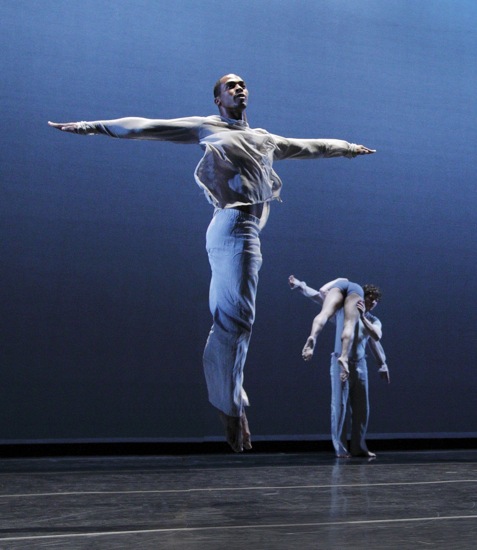 Bill T. Jones is a taking a holiday from the spoken word. The last time he did that may have been in 1992. Unlike his Serenade/The Proposition (2008), Fondly Do We Hope...Fervently Do We Pray (2009), and Story/Time (2011), none of those on view during the Bill T. Jones/Arnie Zane Dance Company’s season at the Joyce Theater (March 26 through April 7) makes use of text. None of them presents a view … END_OF_DOCUMENT_TOKEN_TO_BE_REPLACED

This blog acknowledges my appetite for devouring dancing and spitting out responses to it. Criticism that I love to read—and have been struggling to write ever since the late 1960s—probes deeply and imaginatively into choreography and dancing, … END_OF_DOCUMENT_TOKEN_TO_BE_REPLACED