You are here: Home / Archives for Anne O’Donnell 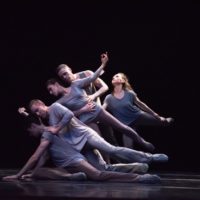 The Lar Lubovitch Dance Company Celebrates its 50th Anniversary Season Once upon a time, most modern dance choreographers created companies named after them and starred in their own works. In 1958, Alvin Ailey was an exception. The José Limón Company and the Martha Graham Dance Company became repertory companies after the death of their founder. In recent years, Paul Taylor and later … END_OF_DOCUMENT_TOKEN_TO_BE_REPLACED 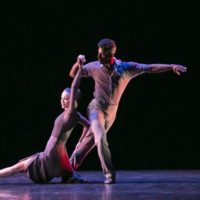 The Martha Graham Dance Company at New York City Center, April 11 through 14 I assume that Isamu Noguchi heard at least some of Carlos Surinach’s sly, scorching music for Martha Graham’s Embattled Garden in rehearsal before he designed the scenery that would be so crucial to the 1958 dance. The garden is the one we’re told existed in Eden. No greenery for Noguchi (and not much innocence in … END_OF_DOCUMENT_TOKEN_TO_BE_REPLACED 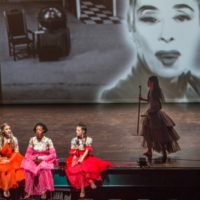 The Martha Graham Dance Company commissions works by Annie-B Parson, Pontus Lidberg, and Sidi Larbi Cherkaoui. There’s no point in wondering how Martha Graham would react to her seeing her company onstage today (Rant and rave? Smile approvingly? Wade in and make changes?). She disowned many of the 191 dances that she choreographed during her creative lifetime (1926-1991); others were … END_OF_DOCUMENT_TOKEN_TO_BE_REPLACED

This blog acknowledges my appetite for devouring dancing and spitting out responses to it. Criticism that I love to read—and have been struggling to write ever since the late 1960s—probes deeply and imaginatively into choreography and dancing, … END_OF_DOCUMENT_TOKEN_TO_BE_REPLACED