You are here: Home / Archives for Angelica Generosa 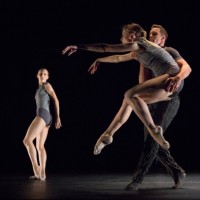 Pacific Northewest Ballet performs works by Wheeldon, Cerrudo, and Peck in New York. There are forty-three dancers in Seattle’s Pacific Northwest Ballet. Unless I’ve miscounted, only nineteen appeared in the company’s season at the Joyce Theater, and the most people to appear in any of the three ballets shown was a dozen. Artistic director Peter Boal’s choice of works to bring to New York … END_OF_DOCUMENT_TOKEN_TO_BE_REPLACED

This blog acknowledges my appetite for devouring dancing and spitting out responses to it. Criticism that I love to read—and have been struggling to write ever since the late 1960s—probes deeply and imaginatively into choreography and dancing, … END_OF_DOCUMENT_TOKEN_TO_BE_REPLACED