You are here: Home / Archives for Alex Clayton 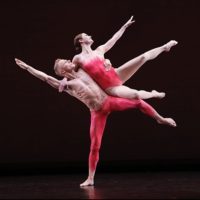 Paul Taylor American Modern Dance at Lincoln Center through March 25th. I think I finally got it straight: Paul Taylor American Modern Dance is a presenting organization and the Paul Taylor Dance Company is one of the organizations it presents and for which it commissions new work. (There. That wasn’t hard, was it?) During its ongoing season at Lincoln Center’s former New York State … END_OF_DOCUMENT_TOKEN_TO_BE_REPLACED 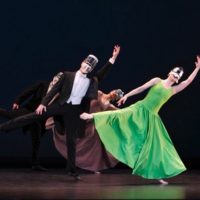 Paul Taylor American Modern Dance at Lincoln Center, March 6 through 25. When Paul Taylor’s Roses premiered in 1985, fake petals drifted down onto the City Center stage just before the lights went out on his sweet-tempered choreography. No such sprinkling occurred on the second evening of Paul Taylor American Modern Dance’s 2018 three-week season at the former New York State Theater. Would … END_OF_DOCUMENT_TOKEN_TO_BE_REPLACED

This blog acknowledges my appetite for devouring dancing and spitting out responses to it. Criticism that I love to read—and have been struggling to write ever since the late 1960s—probes deeply and imaginatively into choreography and dancing, … END_OF_DOCUMENT_TOKEN_TO_BE_REPLACED