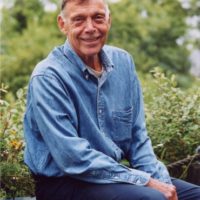 When Paul Taylor died of renal failure on Wednesday, August 29th, and I was coping with that news, I started to think not just of the 140 dances he made during his remarkable career, but of his connection to the great figures of 20th-century dance whose pantheon he joins. As a Juilliard student, he met many of them and appeared during the American Dance Festival at Connecticut College in a piece … END_OF_DOCUMENT_TOKEN_TO_BE_REPLACED

This blog acknowledges my appetite for devouring dancing and spitting out responses to it. Criticism that I love to read—and have been struggling to write ever since the late 1960s—probes deeply and imaginatively into choreography and dancing, … END_OF_DOCUMENT_TOKEN_TO_BE_REPLACED