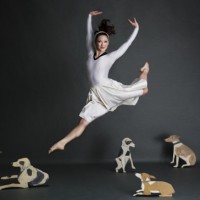 Paul Taylor's American Modern Dance Lincoln Center season invites other companies to share programs with Taylor's works. Beginning in the late 1920s, American choreographers, especially those pioneering what came to be called modern dance, built companies around themselves that featured their own works only. In the past decade and this one, we have seen a variety of ways in which … END_OF_DOCUMENT_TOKEN_TO_BE_REPLACED 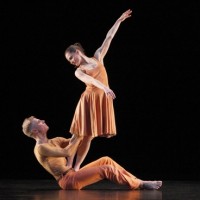 Paul Taylor's American Modern Dance is inaugurated at Lincoln Center (March 11-29). Programming Paul Taylor’s new-to-New-York Sea Lark between his profoundly beautiful Arden Court (1981) and the equally gorgeous Esplanade (1975) during the Taylor company’s Lincoln Center season seems hardly fair to a piece that has little more in mind than a beach romp. You almost want to inquire, “Who let … END_OF_DOCUMENT_TOKEN_TO_BE_REPLACED 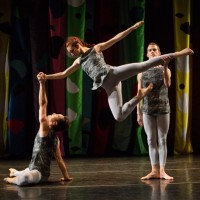 Compagnie CNDC d'Angers stages a Merce Cunningham Event in New York City. When Merce Cunningham decided that his company should be disbanded two years after his death, it wasn’t entirely clear what he expected to happen to the nearly 200 dances that he had made over the course of five decades. Some, of course, had been lost along the way, but a good number had been filmed, and more were … END_OF_DOCUMENT_TOKEN_TO_BE_REPLACED 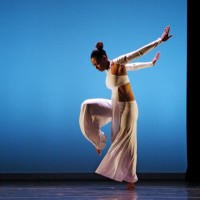 Ronald K.Brown celebrates at the Joyce Theater the 30th anniversary of his Evidence: A Dance Company. Sometimes I think of choreographer Ronald K. Brown, the artistic director of Evidence: A Dance Company, as akin to a spiritually inspired basket maker, weaving beautiful strands of dancing together with time-honed skill. These strands mesh in patterns formed by eight passionate, spirited … END_OF_DOCUMENT_TOKEN_TO_BE_REPLACED

This blog acknowledges my appetite for devouring dancing and spitting out responses to it. Criticism that I love to read—and have been struggling to write ever since the late 1960s—probes deeply and imaginatively into choreography and dancing, … END_OF_DOCUMENT_TOKEN_TO_BE_REPLACED