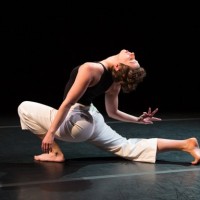 Ivy Baldwin Dance at BAM Fisher and Hilary Easton + Co. at Danspace St. Mark's. Every now and then, I sift through a horde of ancestral photographs, puzzling over how some of the images fit into the structure I call “my family.” Some from the 20th century are impulsive and particular. A solitary child wearing a bib (me) squints at a small birthday cake with two candles on it. Generations … END_OF_DOCUMENT_TOKEN_TO_BE_REPLACED 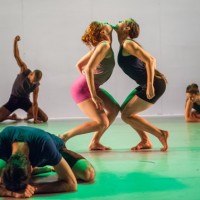 Batsheva Dance Company celebrates its 50th anniversary. Fifty years ago in Israel, Baroness Bethsabée (aka Batsheva) de Rothschild (1914-1999) founded the Batsheva Dance Company. Enamored of dance, she had, during her years in New York, studied with Martha Graham and become a patron of her work. Choreography by Graham was initially a part of Batsheva’s repertory and the training of its … END_OF_DOCUMENT_TOKEN_TO_BE_REPLACED 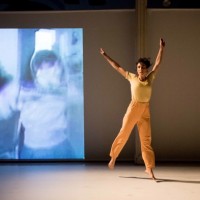 Netta Yerushalmy presents Helga and The Three Sailors at Danspace St. Mark's Here are some thoughtful words that dancer Neal Beasley wrote about choreographic logic, especially as it pertains to Netta Yerushalmy’s new Helga and The Three Sailors: “There is a perverse solace in the inability to hold on to anything or make oneself understood. Such is the sweet white lie of dancing: Its beauty … END_OF_DOCUMENT_TOKEN_TO_BE_REPLACED

This blog acknowledges my appetite for devouring dancing and spitting out responses to it. Criticism that I love to read—and have been struggling to write ever since the late 1960s—probes deeply and imaginatively into choreography and dancing, … END_OF_DOCUMENT_TOKEN_TO_BE_REPLACED