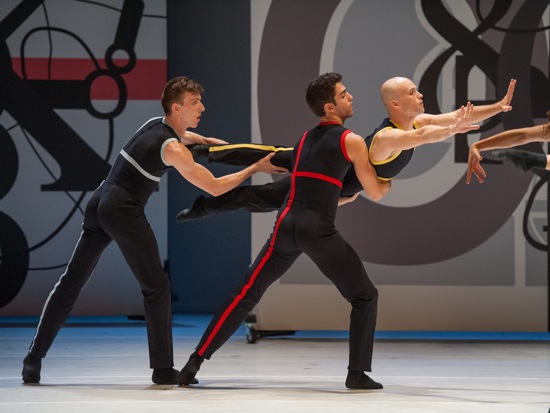 A choreographer who has just formed his own small company must be very, very brave to make Merce Cunningham’s 1964 Winterbranch the centerpiece of its debut program. Benjamin Millepied is certifiably brave. Starting a group in Los Angeles and naming it the L.A. Dance Project is already adventurous. I’m an Angeleno by birth, with the scent of eucalyptus and Pacific salt air embedded in my … END_OF_DOCUMENT_TOKEN_TO_BE_REPLACED 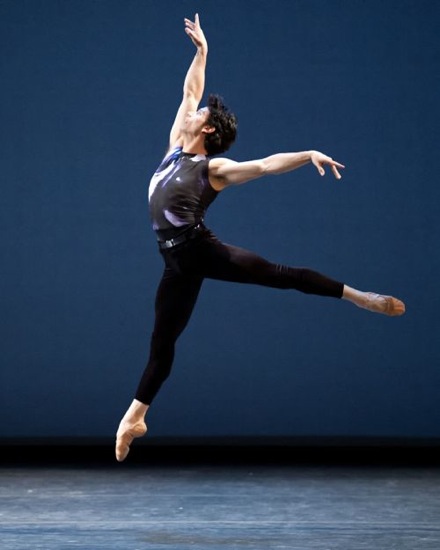 Hello!  Goodbye! American Ballet Theatre’s City Center season came and went with dispiriting speed—seven performances in five days (October 16 through 20). The pleasures outweighed the disappointment. New Yorkers could rendezvous with revivals of three ballets in the company’s history: Agnes de Mille’s Rodeo (1942), Antony Tudor’s The Leaves Are Fading (1977), and Mark Morris’s Drink to Me Only … END_OF_DOCUMENT_TOKEN_TO_BE_REPLACED

Pina Bausch’s last work, created in the six months before her death in June 2009, takes its title from a line in a song by the Chilean singer Violeta Parra, who committed suicide in 1967. The dance is called . . .como el mosguito en la piedra ay si, si, si. . . . , and the name of the song is Volver a los 17. What is it that makes us feel 17 again?  In the end the song’s refrain, with its … END_OF_DOCUMENT_TOKEN_TO_BE_REPLACED

Dance doesn’t happen in a vacuum. One evening, I’m at the Baryshnikov Arts Center’s Howard Gilman Space—glancing from time to time at the night city glowing outside two big windows, listening to some rich recorded music, and watching a delicately intense, sometimes barely moving dance by two people that traverses two hours without intermission.  The next night I’m in another theater … END_OF_DOCUMENT_TOKEN_TO_BE_REPLACED

Lovesick swains praying for either consummation or forgetfulness, maidens lamenting their lovers’ absences, men excoriating their faithless mistresses, women attacking men like bacchantes on a rampage, nymphs and shepherds, captive creatures, fever and repose, solitude and tender companionship. You might imagine that’s rather a lot to put into a dance, but Douglas Dunn expresses all that and more … END_OF_DOCUMENT_TOKEN_TO_BE_REPLACED

DD Dorvillier’s dances seem to be built upon propositions (What if I limited my self to this? What if I examined an idea through an unusual lens?). Usually she imbues her works with wit and an offbeat theatricality that together play against the limits of the choreographic structure. Translation is a theme that runs through her recent works. In her No Change or “freedom is a psycho-kinetic skill” … END_OF_DOCUMENT_TOKEN_TO_BE_REPLACED

A slender, beautiful black woman, wearing a black, high-necked 19th-century gown, sits motionless in a wooden chair on a stage covered with sand. A stuffed raven perches on her wrist. She sits there for a very long time. The stage is that of the Brooklyn Academy of Music’s Opera House, the women is Sheryl Sutton, it’s 1970, and the image occurs in Robert Wilson’s The Life and Times of Sigmund … END_OF_DOCUMENT_TOKEN_TO_BE_REPLACED

In the not-so-distant past, white explorers, colonizers, missionaries, and historians referred to Africa as “the dark continent” or dramatized it as “darkest Africa.”  They may have been alluding to the skin color of most of its native inhabitants, but certainly to their own inability (and unwillingness) to understand its customs and lore. Over two September weeks, at two different New York … END_OF_DOCUMENT_TOKEN_TO_BE_REPLACED

i Eons ago, a solar eclipse made people fall to their knees or consider sacrificing some handy victim. Even when you know astronomy, a rare solar eclipse can feel ominous and a lunar one eerie, but the cosmos is full of smaller eclipses most of us don’t see. A distant planet’s orbiting moons can cast their shadows on one another or on their host. It’s that slow cosmic game of dodge ball that … END_OF_DOCUMENT_TOKEN_TO_BE_REPLACED

This blog acknowledges my appetite for devouring dancing and spitting out responses to it. Criticism that I love to read—and have been struggling to write ever since the late 1960s—probes deeply and imaginatively into choreography and dancing, … END_OF_DOCUMENT_TOKEN_TO_BE_REPLACED