You are here: Home / Archives for The South 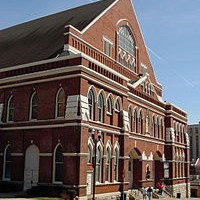 [contextly_auto_sidebar id="Qwm7a4AXHZhLoHI5Q02SruYLg3cIgNWX"] ONE of the most pressing issues for culture-makers (and fellow travelers, like your humble blogger) is rapid gentrification. Often driven by the arrival or artists and musicians to a neighborhood or city, winner-take-all capitalism often means that investors and Trump-like developers arrive soon after and squeeze out the creative … END_OF_DOCUMENT_TOKEN_TO_BE_REPLACED 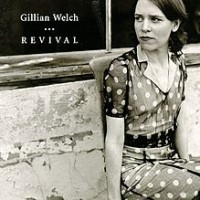 [contextly_auto_sidebar id="S7btWx3iYCGnlaDRbt7l737P9YgYp8Kx"] WHY do people make art, write songs, tell stories? Partly, it's to deal with pain and suffering. This week I spoke to one of my musical heroes about the lineage of dark, gloomy folk songs from the American South -- many of them originating in the British Isles, from Child Ballads and the like. Here is what Welch had to say about … END_OF_DOCUMENT_TOKEN_TO_BE_REPLACED 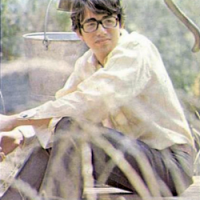 [contextly_auto_sidebar id="ct3qiObIO1GjbjGS8WTsakgdEZd3a77u"] ONE of the great characters -- and great talents -- of Southern California, Van Dyke Parks, has experienced a renaissance lately. First known for his work with the Beach Boys and for his pop-baroque Song Cycle, Parks is an ornery Southerner with a big heart, an abiding love for music, and some serious frustrations with recent … END_OF_DOCUMENT_TOKEN_TO_BE_REPLACED

ONE of our favorite newish bands, here at The Misread City's sleekly refurbed listening room, is Futurebirds, from Athens, Ga. Some listeners compare them to My Morning Jacket and Crazy Horse -- I certainly here that, too. But to me they're a mix between the two great chapters of Athens music -- the southern shamble of early R.E.M. (especially the echoey Fables-era band) and the neo-psych Elephant … END_OF_DOCUMENT_TOKEN_TO_BE_REPLACED

THEY were nearly invisible -- barely even a memory -- during most of my formative years, and you'd never hear 'em on the "classic rock" stations that dominated radio programming in most of America. But when various indie rockers started to sing this band's praises, they became a legend, at least among a passionate few.And that mix of injustice, lost opportunity, creative isolation, cult passion … END_OF_DOCUMENT_TOKEN_TO_BE_REPLACED

IT'S not a pretty picture: The Civil War saw as many people killed as all American wars put together. In some places, the proportion of  young men killed was quite high: Parts of the South essentially lost a generation. But the huge number of deaths, and the need to count the fallen, bury them, contact loved ones -- and to make moral/ spiritual sense of it all -- remade this country, says Ric … END_OF_DOCUMENT_TOKEN_TO_BE_REPLACED

THE holidays have slowed me down -- happy new year, by the way -- so I'm a bit late on getting this up. Recently I had a story in the LA Times on David "Deadwood" Milch and his new deal to oversee adaptations of Faulkner's novels and stories to HBO.When I began this piece, I thought the idea preposterous: I remember struggling with The Sound and the Fury as a high school student. But as I spoke to … END_OF_DOCUMENT_TOKEN_TO_BE_REPLACED

ONE of the best films of 2010 was Winter's Bone, a kind of little movie that could which ended up with an Oscar nomination for star Jennifer Lawrence and her very tough performance as a determined Ozarks girl. (The actress just showed up in various states of undress in the latest GQ.)Tonight the wonderful country-folk band that plays throughout the film performs at the Hollywood Forever Cemetery … END_OF_DOCUMENT_TOKEN_TO_BE_REPLACED

Here is some information on my book, which Yale University Press published in 2015. (Buy it from Powell's, here.) Some advance praise: With coolness and equanimity, Scott Timberg tells what in less-skilled hands could have been an overwrought horror story: the end of culture as we have known … END_OF_DOCUMENT_TOKEN_TO_BE_REPLACED