You are here: Home / Archives for The New Republic 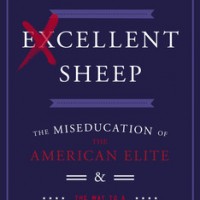 [contextly_auto_sidebar id="4fl6TsMH8aaXBjpQRlz6uE4TNBUnTl8E"] ONE of our favorite controversies over the last few moths has been the tussle over Excellent Sheep, the William Deresiewicz book that criticizes the obsessive pragmatism and money worship that's come to define the Ivy League experience. Simultaneously, one of our least favorite recent developments has been the destruction of the … END_OF_DOCUMENT_TOKEN_TO_BE_REPLACED

[contextly_auto_sidebar id="hcxWCofPNmshtu5V4mfeJWMEKeMUb4SZ"] I REMAIN a dedicated fan of the Gray Lady, but its recent pieces looking for some "good news" in the Amazon fight struck me as bit strange. Today I respond in a post for Salon. It begins this way: In the careful-what-you-wish-for department: A bit more than a week ago, the New York Times’ public editor, Margaret Sullivan, urged … END_OF_DOCUMENT_TOKEN_TO_BE_REPLACED 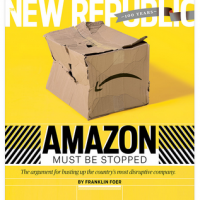 [contextly_auto_sidebar id="QUacYyetZUphAZnyUIQyaD8AKTam7LBQ"] THE battle over Amazon -- including the siege of Hachette -- has heated up lately, with The New Republic's Franklin Foer and several prominent authors, including Ursula Le Guin, calling the online bookseller "a monopoly." Foer has argued that it's time for the Department of Justice to break Amazon up. This is from his TNR piece, … END_OF_DOCUMENT_TOKEN_TO_BE_REPLACED 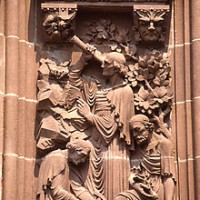 [contextly_auto_sidebar id="JOGXf4pQNorMAGptHzzcW1DczyhB3tLM"] SOMETIMES a writer is attacked so widely and vigorously I can tell he's right. That's the case with William Deresiewicz's New Republic essay about the fallacy of elite college education, and  Ivy League schools in particular. I don't mean I agree with every word of his piece, and I know the Ivy League only from a distance. (For what … END_OF_DOCUMENT_TOKEN_TO_BE_REPLACED

Here is some information on my book, which Yale University Press published in 2015. (Buy it from Powell's, here.) Some advance praise: With coolness and equanimity, Scott Timberg tells what in less-skilled hands could have been an overwrought horror story: the end of culture as we have known … END_OF_DOCUMENT_TOKEN_TO_BE_REPLACED