You are here: Home / Archives for Berkeley 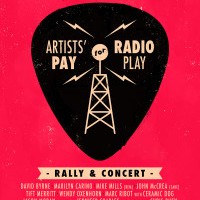 [contextly_auto_sidebar id="NvvIzO2UWJlX4uUIoRf2LjL4Y3FqhcNC"] TODAY I have an interview in Salon with rock musician John McCrea, who is announcing a group he's helped assemble, Content Creators Coalition. The group, which puts on a free rally tonight in New York that will include David Byrne, aims to bring artists and artisans of all kinds together as a way of making the creative life less … END_OF_DOCUMENT_TOKEN_TO_BE_REPLACED

LONGTIME Californian is one of our favorite writers here at The Misread City.I had the pleasure to speak to him the other day about his new novel, set on the Berkeley/Oakland border. It's a long, rich book centered around a used vinyl shop that specializes in various styles of black music from the '60s and '70s. (If Brokeland Records really existed I would go digging for an original Blue Note … END_OF_DOCUMENT_TOKEN_TO_BE_REPLACED

HE wrote a book that a lot of people haven't heard of, but one that influenced many and presaged a lot of the way we live now, especially on the West Coast, where it's set. That's Ernest "Chick" Callenbach, the Berkeley author of the book Ecotopia. Chick, as he was known, died on April 16.This month has seen a lot of death in my world -- a very dear elderly relative, an old friend's mother, … END_OF_DOCUMENT_TOKEN_TO_BE_REPLACED

THE home where the once-reviled Daniel Ellsberg has lived since the late '70s is hard to find: It's down a small redwood lined street and its address is out of order with its neighbors. When you review what Ellsberg went through in the '70s -- national manhunt, Nixon hiring thugs to break into his therapist's office, Kissinger denouncing him as "the most dangerous man in America" -- it's not hard … END_OF_DOCUMENT_TOKEN_TO_BE_REPLACED

THE New Yorker recently announced its 20 Under 40 list of American writers, running some of them in their summer fiction issue and others since. Two of the bunch – Daniel Alarcon and Yiyun Li – were fairly recent profile subjects of mine, and I’ve enjoyed, without surprise, watching their rise. Both are foreign-born writers who’ve settled in the Bay Area and show the ability – despite nativist … END_OF_DOCUMENT_TOKEN_TO_BE_REPLACED

It's one of the best and most natural aesthetic marriages imaginable: The nuanced, meditative Japanese filmmaker Yasujiro Ozu and the nuanced, meditative comics Adrian Tomine, best known for the Optic Nerve series.Tomine has designed some covers for Ozu's lesser known films, The Only Son and There Was a Father. Here is more info on the films, which the Criterion Collection will release next week. … END_OF_DOCUMENT_TOKEN_TO_BE_REPLACED

Here is some information on my book, which Yale University Press published in 2015. (Buy it from Powell's, here.) Some advance praise: With coolness and equanimity, Scott Timberg tells what in less-skilled hands could have been an overwrought horror story: the end of culture as we have known … END_OF_DOCUMENT_TOKEN_TO_BE_REPLACED