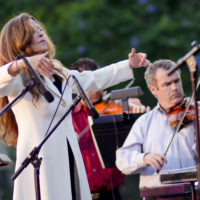 [contextly_auto_sidebar] OVER the years I've attended several musical events put on by Rachael Worby, a human dynamo who has operated several series in and around Pasadena. Worby -- who was once, I think, the First Lady of West Virginia -- seems interested in something both populist and unorthodox, and the new season of her series MUSE/IQUE launches this weekend. What follows is our recent … END_OF_DOCUMENT_TOKEN_TO_BE_REPLACED

Here is some information on my book, which Yale University Press published in 2015. (Buy it from Powell's, here.) Some advance praise: With coolness and equanimity, Scott Timberg tells what in less-skilled hands could have been an overwrought horror story: the end of culture as we have known … END_OF_DOCUMENT_TOKEN_TO_BE_REPLACED