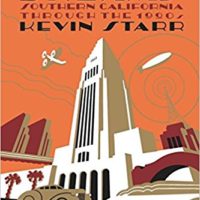 [contextly_auto_sidebar] LIKE a lot of people, I was originally baffled when I moved to California, which in my case was 20 years ago, this July. Some of the key to its complex code arrived in the books of historian Kevin Starr, which begin with statehood and move epoch-by-epoch to the early post-World War II years. Today I have a sort of appreciation of the man, who I regret to say I met … END_OF_DOCUMENT_TOKEN_TO_BE_REPLACED

Here is some information on my book, which Yale University Press published in 2015. (Buy it from Powell's, here.) Some advance praise: With coolness and equanimity, Scott Timberg tells what in less-skilled hands could have been an overwrought horror story: the end of culture as we have known … END_OF_DOCUMENT_TOKEN_TO_BE_REPLACED